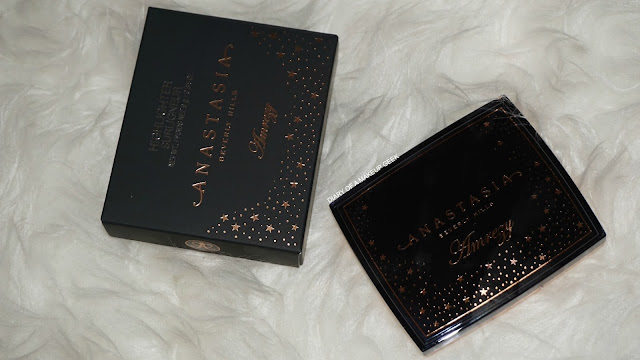 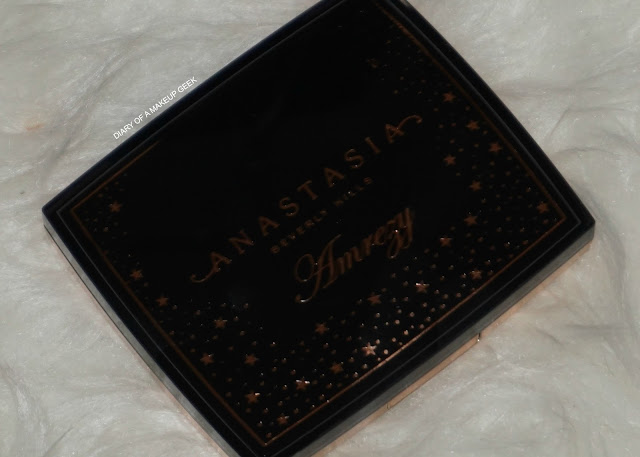 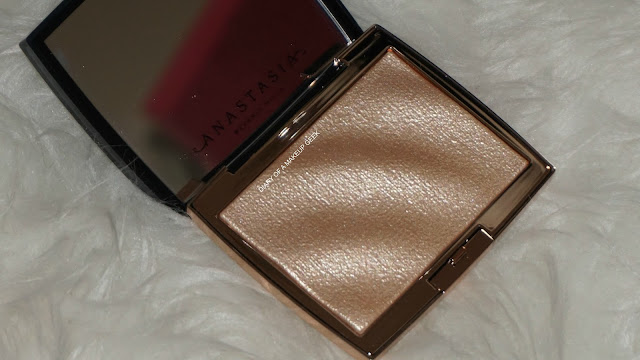 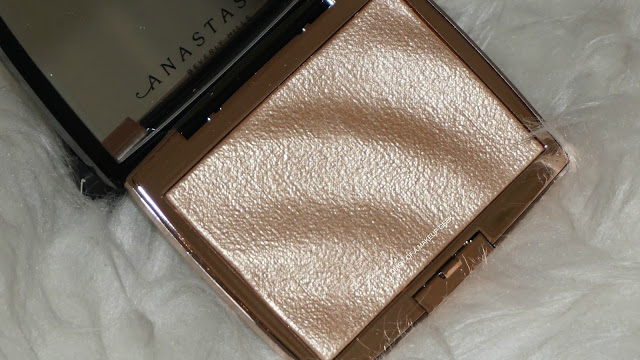 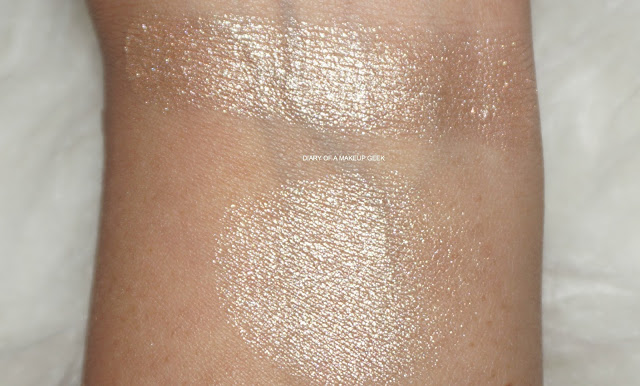 This highlighter kicked up a storm! When the whole blinding highlighter came about I remember one social media influencer really kick it off and that was Amrezy! Some slate the idea whilst others love it (I'm on this end of the scale)! Then there was the wind that passed about Amrezy releasing a highlighter with ABH followed by confirmation of sneak peeks by ABH, as soon as it was confirmed by ABH I had mentally ticked this off in my head that I'd be getting it as soon as I can.

The ABH X Amrezy Highlighter is a pale gold highlighter, housed in black and gold packaging with a luxurious feel to it. The outer top lid features the brand logo along with Amrezy's logo with scattered stars personally I really like the simplicity and added stars, the compact comes with a push button style to pop the lid open. The best part for me is the 3d waves win pan, for me this is what caught my eye even when only pictures were released, the waves really do add a sophisticated dimensional look!

Texture I would have to say is very much comparable to the likes of MAC Oh Darling and Doll Beauty highlighters, almost like a silky feel, easier to swatch than OD and more opaque than Doll Beauty, however it is very similar to Doll Beauty Shine Bright but as I mentioned much more opaque. Application is also super easy, I tried my usual technique with no extra effort and it swiped on like a dream, it doesn't take as much hard work as MAC OD which can go patchy if not used with the correct brush. This is more of a silky finish rather than a powder style highlighter. It is definitely very shimmery but theres no glitter particles. Personally for me I actually LOVE it I'm so glad I decided to buy it although the mixed reviews did slay me slightly!