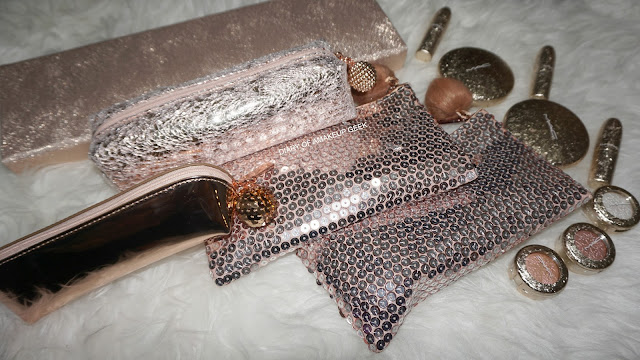 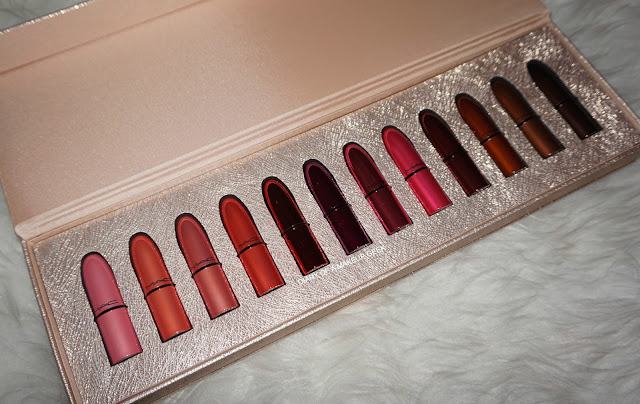 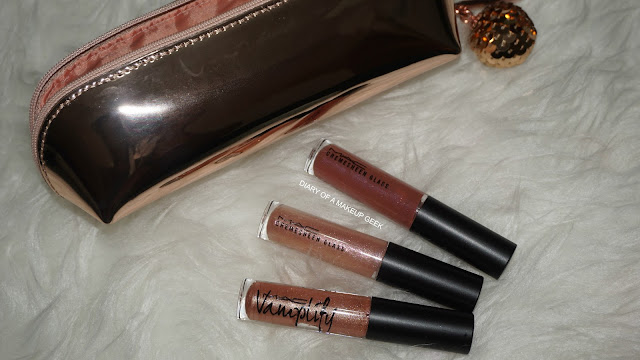 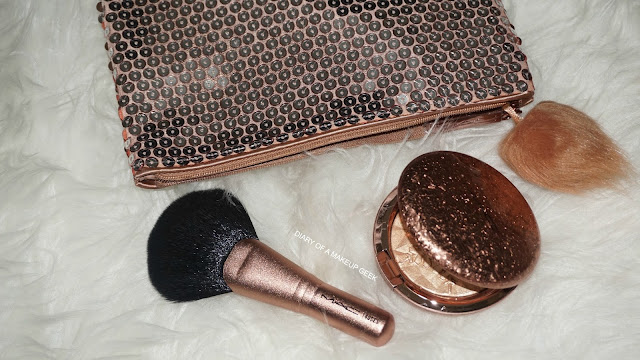 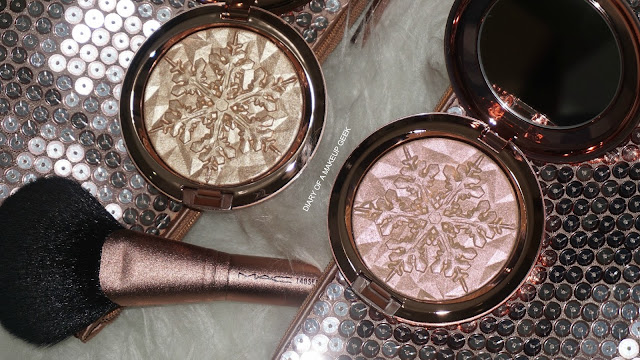 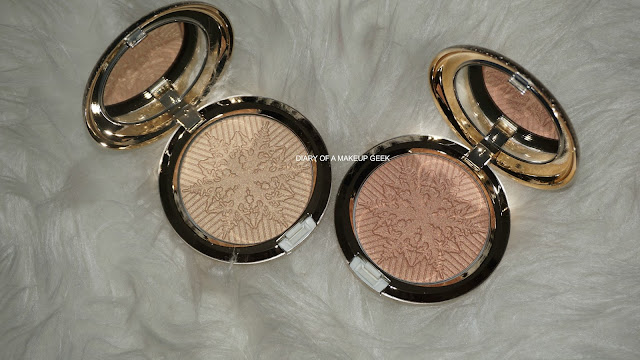 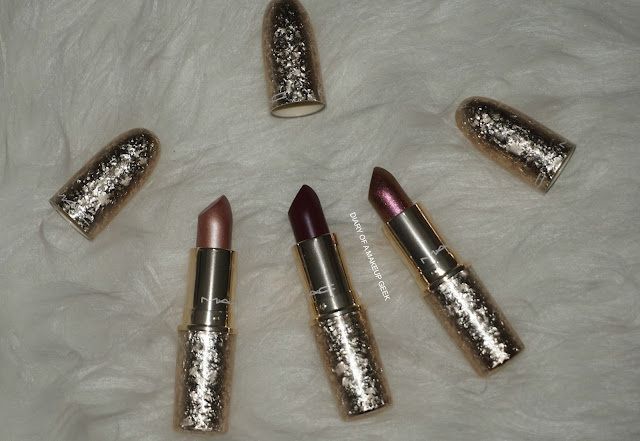 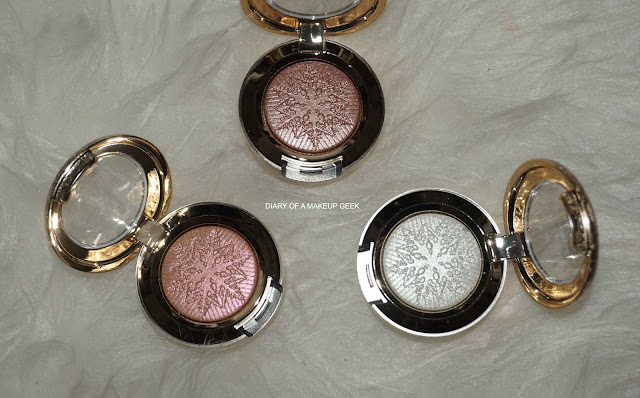 Its been a long time since I've actually been excited by something from MAC, this is from someone who used to purchase almost every collection possible, the repeated shades and lack of creativity kind of wore my excitement down for MAC even over the last few Holiday collections. However this year MAC has had a fair few of us excited, initially I did swatches for this review but there would've been 20+ pictures so I have decided to keep it as a general quick review.

The packaging is simply without a doubt very pretty and purely just stunning! Featuring hues of golds and rose golds with tony flakes of gold with glossed over packaging, I went a little (term used very lightly) crazy! So the two most anticipated items from this collection I guess where the mini lipstick vault the MAC Snow Ball Mini Lipstick Kit features 12 lipsticks all matte except for one (not sure why). Its actually quite deceiving how big the packaging is I honestly didn't expect the set to be so big (longer than my forearm!). It is a pretty little set however if you're like me you may find you have most shades.

The fastest sell outs had to be the single lipsticks and then the single eyeshadows. Again for the lipsticks we saw the launch of a red and purple shade usually they also throw in a bright pink too but this time they also released some frost and metallic lipsticks in the singles. I have one shimmer lipstick 'Shimmer and Spice' which is pretty sheer with flecks of purple, if I'm honest that was one which I swatched and thought how on earth would I make this work as the particles of glitter are a fairly generous size rather than tiny particles of shimmer. As for the eyeshadows I have to say I absolutely love them, these were pretty unique to what MAC usually would release.

Finally they also released their ever so popular 'Whisper of Guilt' highlighter with a free brush. I actually already have Whisper of Guilt from the one of the first times they released it. I actually also love the Peach Highlighter too. The face powders seem to be a more subtle version of the extra dimension highlighters. I also heard from a few friends who ordered the same day still and still haven't received their orders. Did you pick anything up from this collection, if say please share by commenting below.