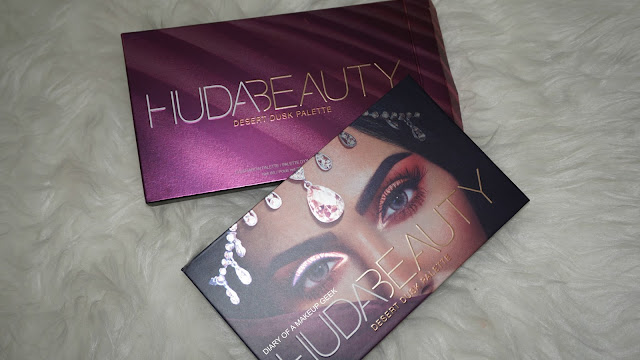 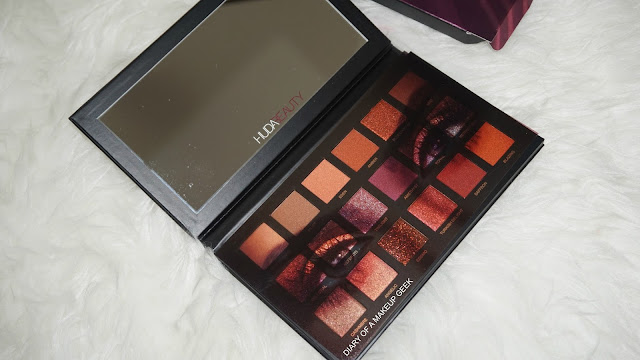 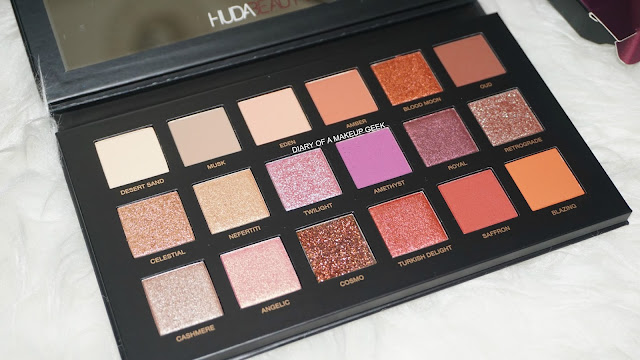 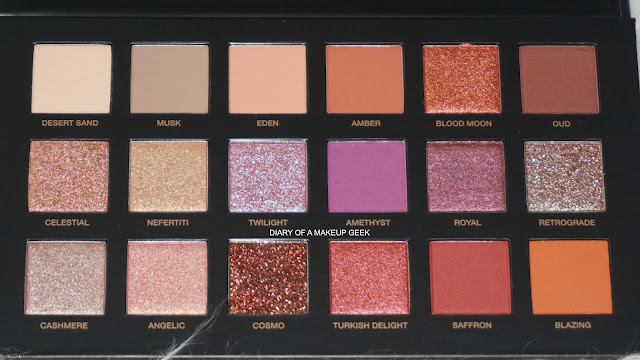 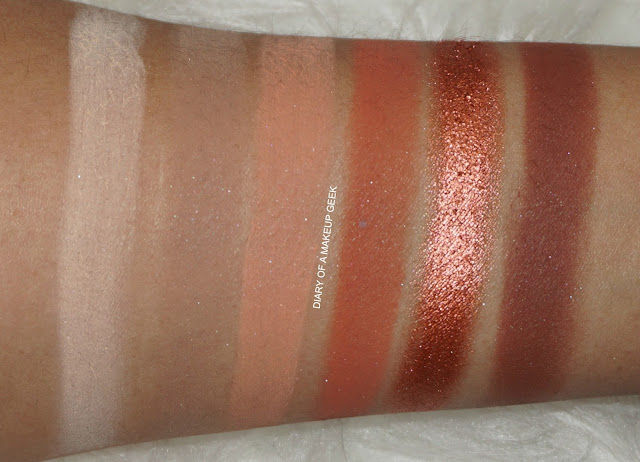 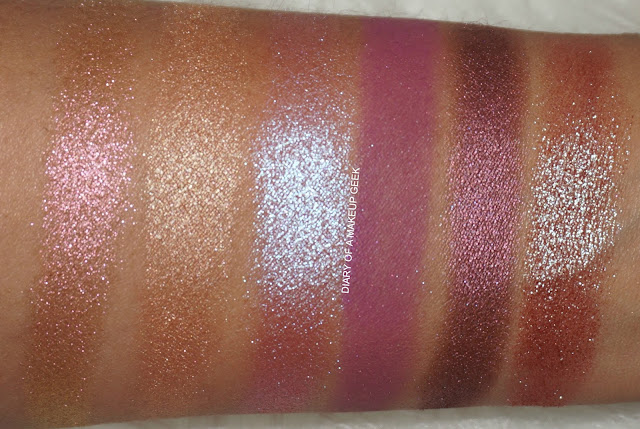 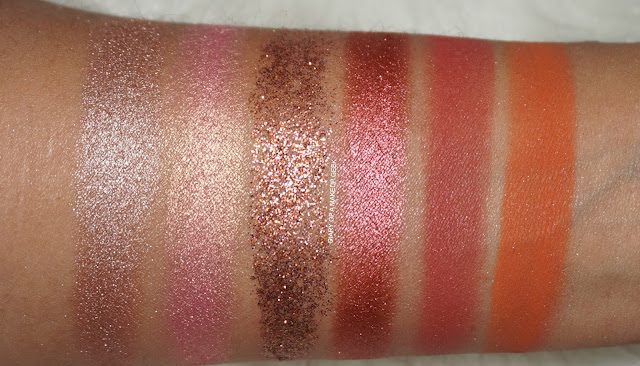 I received my Huda Beauty Desert Dusk Palette in the post yesterday,the beauty world has been literally sat on the edge of their seats all around the world for two launches to break the net, one of which was released first which was Rihanna's beauty line Fenty Cosmetics and second was this palette. Its no secret that I'm not a massive fan of Huda's and don't generally follow the hype over her products. I do own a pair of her lashes and have tried her liquid lipstick but nothing else other than that, as tempted as I was by her Rose Gold palette I decided against it after seeing all the negative reviews.

The one thing she does get on point is her packaging, I have to admit she really does pull it out of the hat when thats the subject. Unlike the RG palette her Desert Dusk palette doesn't come with a clear lid, she instead has a matte image of herself following the theme behind this palette with accentuated foiled eyeshadow and jewellery. Even the clear insert has an image of a pair of eyes, again this adds personality to the whole brand as well as the palette. As soon as I got this palette I had to take pictures for this review so I could get my hands in to it, though I was sceptical throughout after her first palette. For me what attracted me to this palette was the hues of purples and the 'bejewelled' shades. The palette itself is built up of 18 shades and 4 different textures.

Upon swatching I was impressed with the first few mates so I was thinking well maybe she has changed her game with this palette, I got onto the 5th shade on the first row 'Blood Moon' which appears to be a foiled eyeshadow although it swatched beautifully it wasn't quite sitting on the skin properly, when I say this I mean I could blow away excess so I put this down to the texture giving it the benefit of the doubt. Now the middle row was the one I was most excited for, so on I went to swatch 'Celestial' a duo chrome pinky peach which gives off a rose gold effect, now this was another one I felt slightly let down by the texture it just wasn't sitting smooth no matter what I did, if I rubbed it in more it lost its pay off which already wasn't amazing and this was the case for the other two duo chrome shades'Twilight' and 'Retrograde'. Retrograde has to be the worst out of all three there is barely any pay off at all, it is a popular shade equivalent to MAC's 'Blue Brown'. 'Amethyst has to be the biggest let down for me in this palette as well as the one I was most excited for, it is the worst shade with literally no pay off, the only pay off I managed to get after several swipes was a hella chalky pay off (those on my fb saw me swatch this live they will know what I mean). 'Cosmo' which is a bit random is very rough and grainy large particles of glitter which will need a glitter glue base, I however it is pretty loose in pan and when swatching it moves all over the place! Finally 'Saffron' again is a matte shade with really poor pay off and when I created the eye look below I built and built but even then it was barely noticeable, as for blazing when I initially swatched it I was impressed but I found the more I swatched it the grainier it got and its now at a point I can feel tiny little balls in the texture, when I used this with a brush on my eyes I just found the more I blended the more it faded! I also feel like there needed to be a deeper shade in there to create depth for eye makeup, as well as a highlight shade.

Had I have had the chance to try this palette before buying it I would definitely have stayed away! Yes the packaging is stunning and yes it has some good mattes which I already have the same or similar shades in other palettes, there is just too many negatives around majority of the other shades.  So there you have it, you don't really see me posting negative reviews but I am massively disappointed in this palette even though I was somewhat expecting it I was still secretly hoping it would be a good buy. 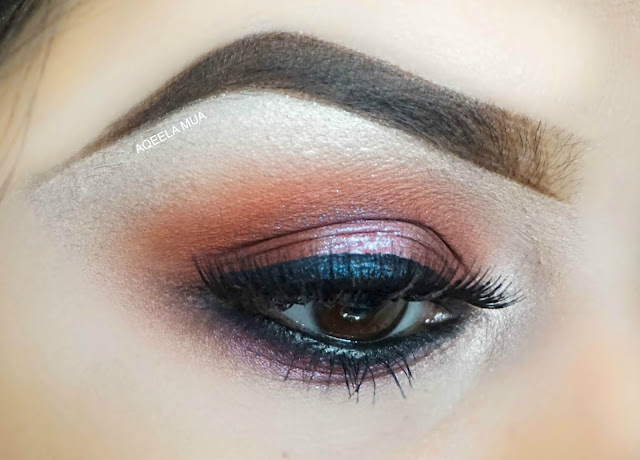