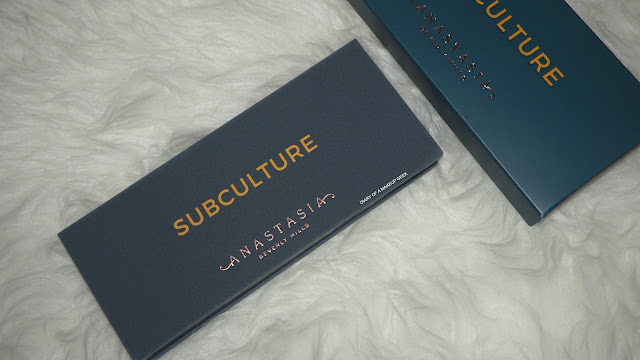 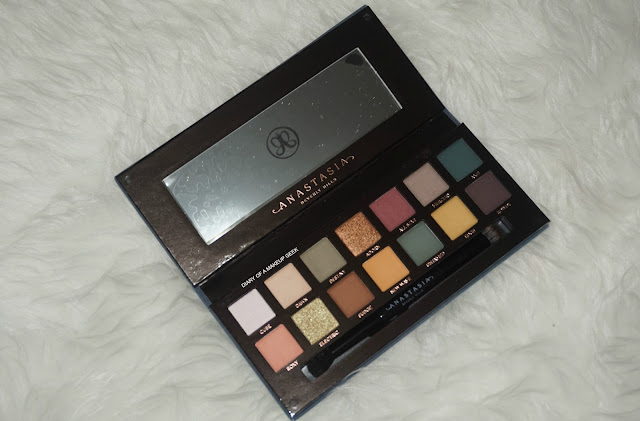 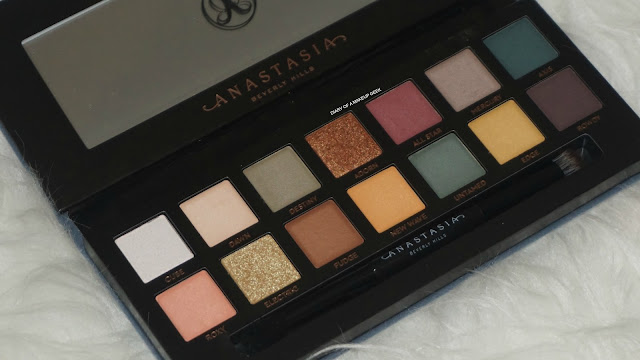 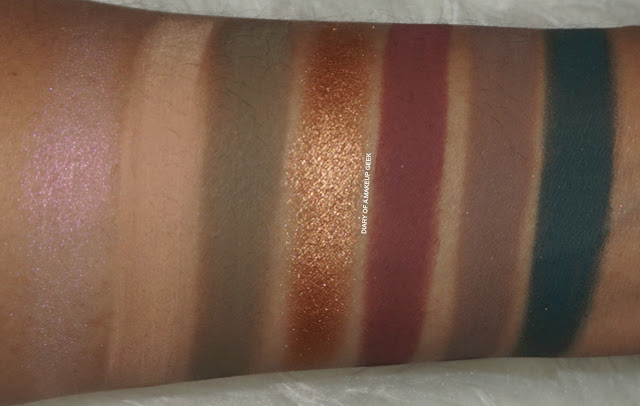 I wanted to get this post up last week but my brothers wedding preps and wedding ceremonies have been going on so I'm only just getting round to this post. Now this palette caused one crazy uproar some either loved the palette or others absolutely despised it whilst there was those in the middle undecided and playing it safe due to mix reviews. I personally saw one video on the  Anastasia Beverly Hills Subculture Palette but I like to try things for myself to make my own decisions so here's my review.

Firstly when images where released on what the  Anastasia Beverly Hills Subculture Palette sister of the Modern Renaissance palette (which I absolutely love! You can see my review on MR here) I was undecided as they have gone for shades totally different to other palettes which contain rusts, browns, reds, golds in almost every palette released recently, I have to admit initially I wasn't drawn to this palette but then as I started to see more of it I started liking the idea they've puled something out of the hat which is totally different. However even after ordering I was still in two minds.

There seems to be a bit of a theme around greens with this palette including the packaging and unusual shades of green in the palette, come on how many palettes do we see with a khaki shade! So they've also kept the velvet theme which they had for MR although its really nice to touch I don't know about anyone else's mine has caught every bit of dirt possible! The rest of the packaging and brush is generally the same as MR and previous palettes.

Ok down to the main bit so theres been so much drama and gossip about the eyeshadow fallout etc, I have only managed to get as far as swatching so I can't comment on blending etc. In my opinion whilst I was swatching what I noticed first and foremost was the pigmentation .. that is one thing that cannot be denied about this palette, the pigmentation is mind blowing! When swatching I noticed I only needed a very light swipe and I had plenty to play with and get a decent swatch, now I personally love that because the way I see it is a little will go a long way and in that case there wouldn't really be any need to go taking a brush for a swim in the pan! Everyone has been complaining about the shade 'Roxy' but for me it behaved perfectly fine, the only shade that did kick a little fuss off for me was 'Axis' but its an unusual shade to even get hold of so again I believe if you use it with a light hand there wouldn't be any issues. I know that not everyones palettes have been good and I also know Norvina said it was a case of trial and error as they had tried a different pressing technique which obviously didn't go too well, but at least she was upfront and honest, everything new is a case of trial and error as long as things are admitted and rectified I believe its no harm done!