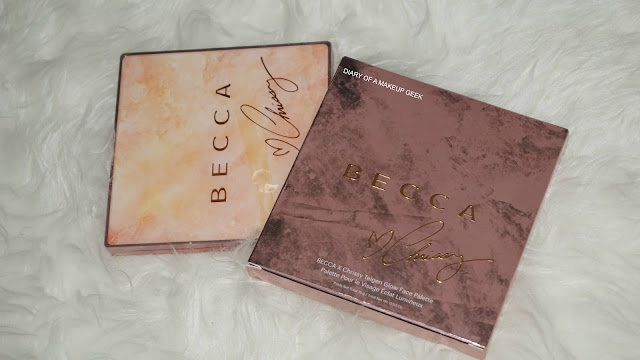 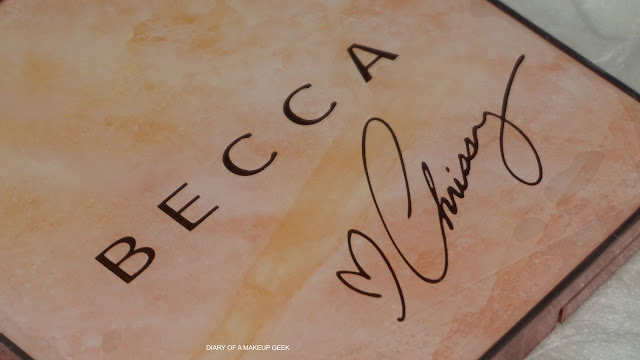 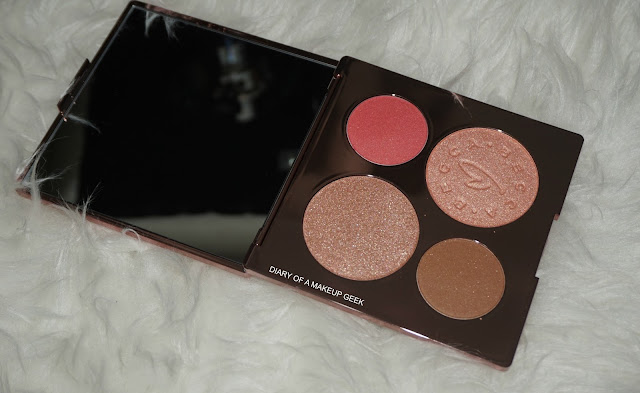 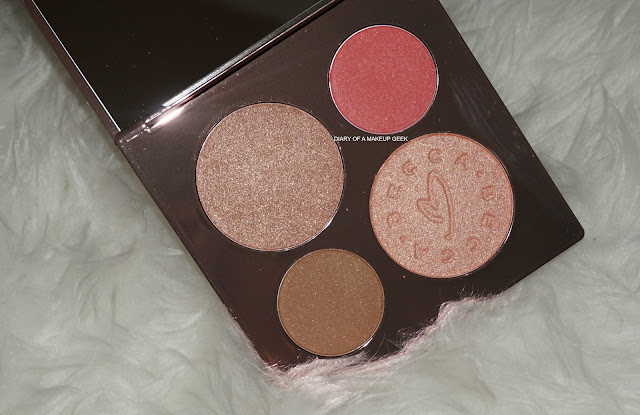 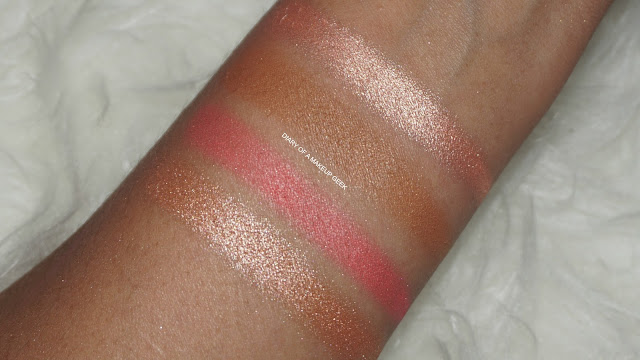 Roughly a year on from BECCA Cosmetics x Jaclyn Hills Champagne Face Collection Palette which you can review here, BECCA Cosmetics teamed up with Chrissy Teigen who's is a model but known for many different roles across social media, specially Twitter as many refer to her as the Twitter Queen.

The BECCA x Chrissy Tiegen Glow Face Palette features two highlighters, a blush and a bronzer shade. Three of the shades are exclusive to this palette where as the Rose Gold Skin Perfector is from the permanent line. The shades in this palette are definitely for those who have a thing for warmer shades, on the other hand making this the perfect summer palette. As for the packaging which is what excited me the most about this palette, it comes with stunning hues of rose golds, pinks and some warmer shades.

When I first saw preview pictures of this palette it reminded me so much of the Jaclyn Hill palette which actually came with 6 shades, which featured a matte bronzer, very similar peach blusher and two similar highlighters to this palette. I find the highlighters they've added in this palette are a tad deeper than the ones they released in the Jaclyn Hill palette. The bronzer and blusher in this palette are light but build able to medium which isn't a bad thing but in my opinion if they were to release deeper highlighters then I feel the blusher and bronzer should've been deeper shades. I am not sure if it is just me being sceptical but it feels as if they lacked ideas or produced this palette in limited time as it is just too similar to Jaclyn Hill now, which I love by the way. I would've like to see something different to the previous palette, something new and something fresh.