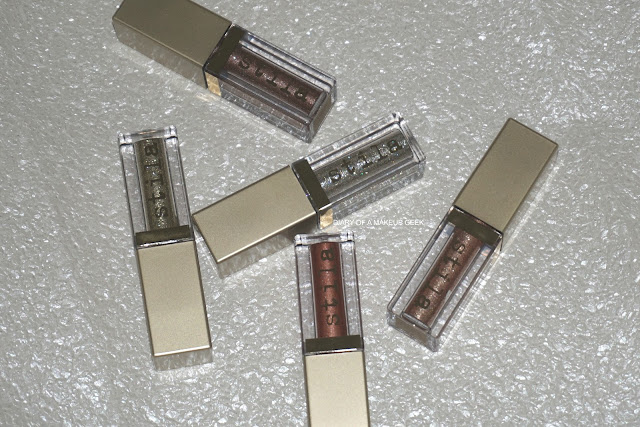 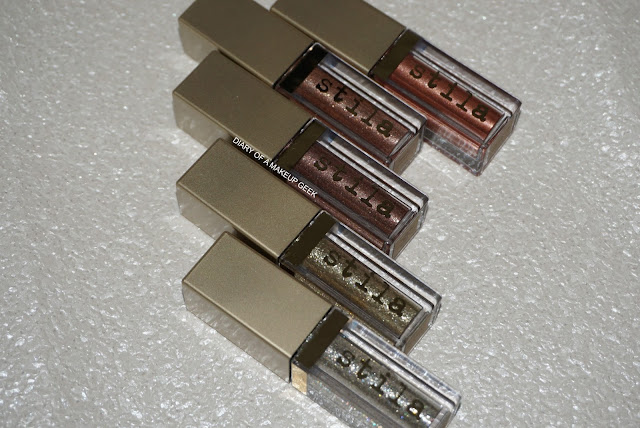 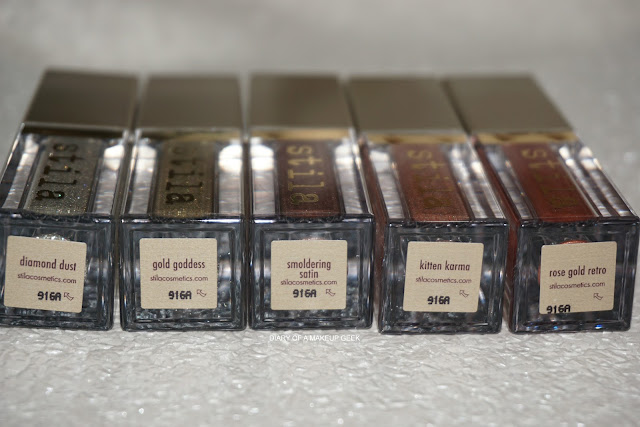 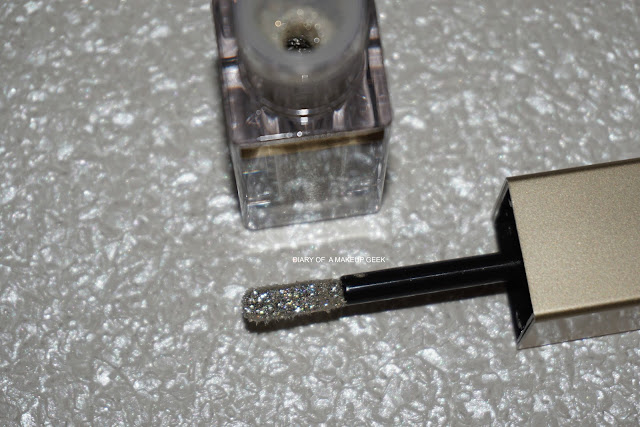 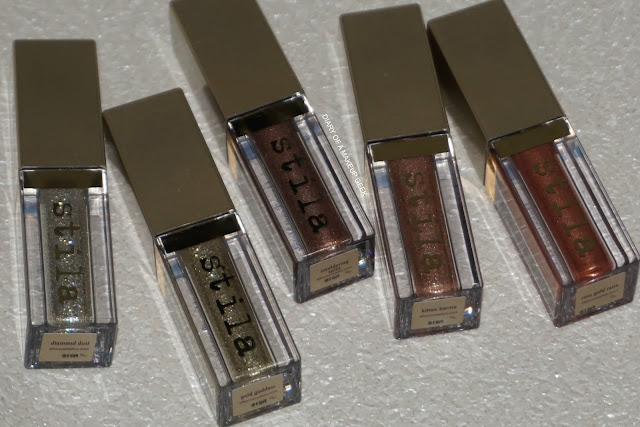 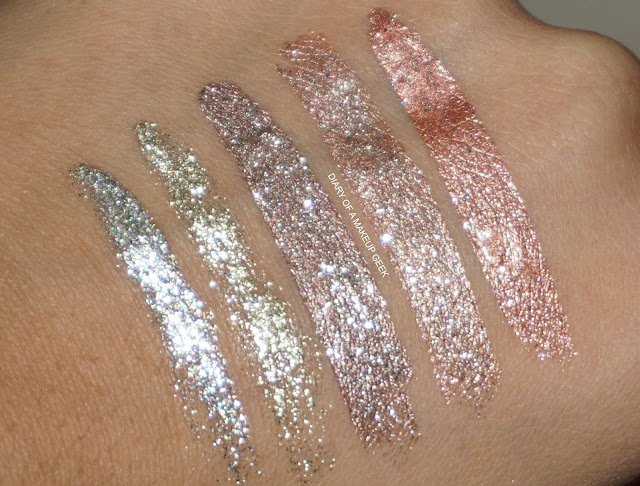 I have not been this excited for glitters since the Urban Decay Heavy Metal Glitters, I think we all know how much its a love hate thing when it comes to glitter. Pressed glitters can be hard to work with, loose glitter gets everywhere and if its not worked with properly then you end up like a disco ball and then you get the pre-mixed glitters that come with a liner applicator and to fill a large space it ends up interfering with the base placed underneath due to how many times you have to apply it to get it how you want it.

Not so long ago I saw the Stila Magnificent Metals Glitter & Glow Liquid Eyeshadow before they had launched actually and I was quite intrigued so while I secretly checked back for reviews once these had launched in America I was actually blown away by the few youtube reviews and swatches I saw on these, at that point there wasn't many as these are pretty new.

Once these launched in the UK I decided to place an order, initially I only got one which was Diamond Dust - if you're like me and struggle to find a good silver glitter look no further! After trying it I immediately got most of the other shades that I thought I'd need in my kit.

Firstly I like that the square packaging is something different than your usual round tubes, these come supported with a gold lid so nothing out thee just normal packaging. Lets talk about the applicator, this is by far the best thing about their packaging a flat doe-foot applicator which means it makes life so much easier when you want to cover a large space! Diamond Dust and Gold Goddess are the two shades that don't come with a base shade and just glitter, all the rest have a base shade to them too. The glitter particles aren't chunky or too big they're literally just right, they stand out really well and you generally can't feel them at all and they don't irritate when you're removing. The glue seems more like a oil based product which does take a little longer to dry but once dry you don't get that weird feeling of glue and glitter, these are actually very comfortable on the eyes and finally I also used another glitter on the same texture with no other glitter glue as I wanted some more dimension and again that dried in with the same texture really well! I've also noticed the more people are discovering these the more popular they're getting, I also noticed a lot of the shades sold out pretty fast, a definite must have if you love using glitter!