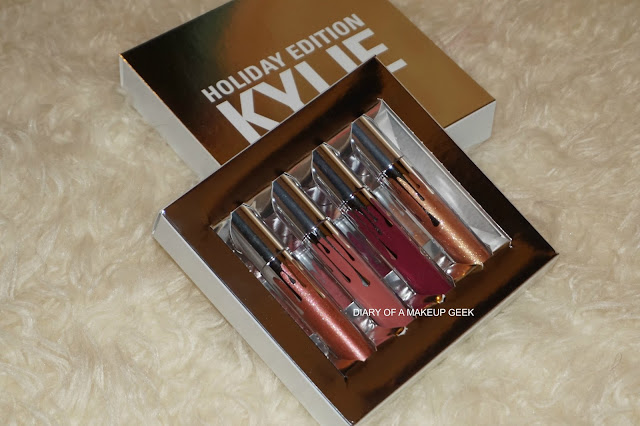 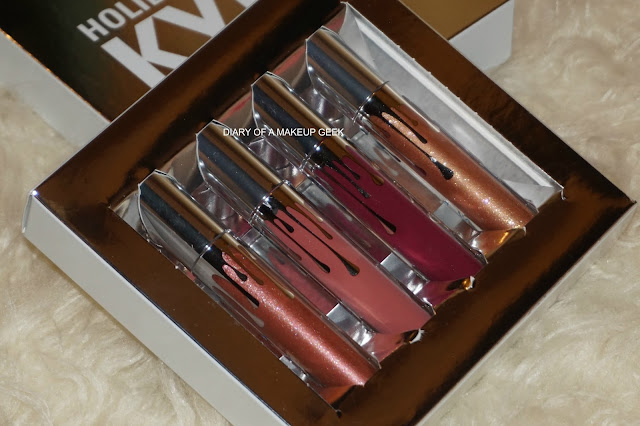 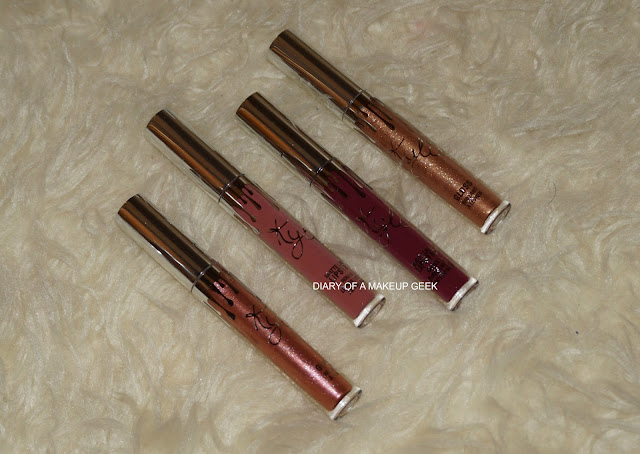 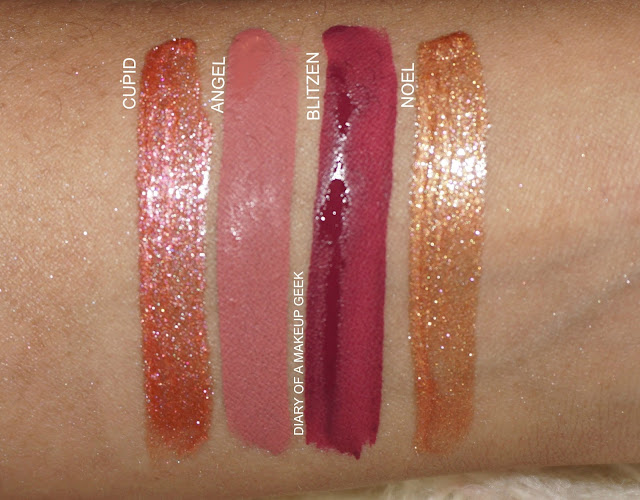 I already reviewed the Koko Lip Set which you can review here, after the release of that came a few more lip sets but this time for the holiday collection featuring a silver theme. I personally think they should've gone for the rose gold packaging as a part of their main holiday range simply because rose gold is super hot right now!

In this set the lids are accented with silver, featuring two liquid matte lipsticks and two glosses, all the shades are new shades that I haven't seen as single before, whether they're limited edition I'm not too sure as its not mentioned on the website. I think the most anticipated shade from this collection was 'Angel' as it is a mauvy pink and darker skin tones it works as a nude. On myself (nc30) this shade is a nude but with a bit of colour to it if that makes sense, in comparison to ABH Crush this is a tad more pinkier.

After being super impressed with the gloss in the Koko set I was pleased that this comes with two glosses; Cupid which is described as a coppery rose gold and Noel which is described as a true copper but I think personally it swings more gold. The other liquid matte shade is Blitzen which reminds me of Spice, I haven't had a chance to compare the two so I can't say for definite. I love the fact they brought out this set with all new shades not to forget it works out much cheaper than buying singles. I have a feeling these will be later released as a part of the permanent line but who knows we will have to wait and see. In my opinion this set is a must have so if you can get it at the next restock I highly recommend  you nab it up!