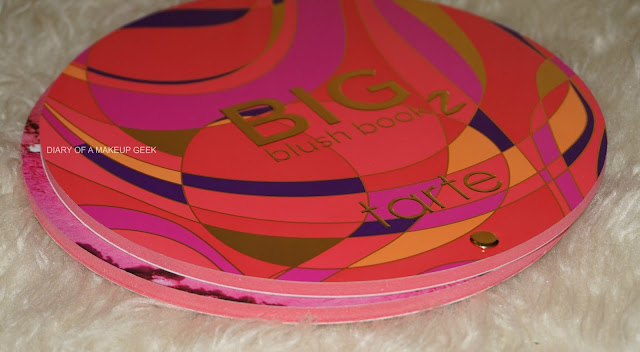 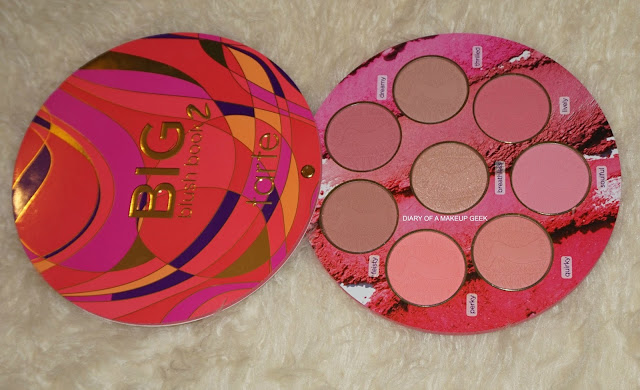 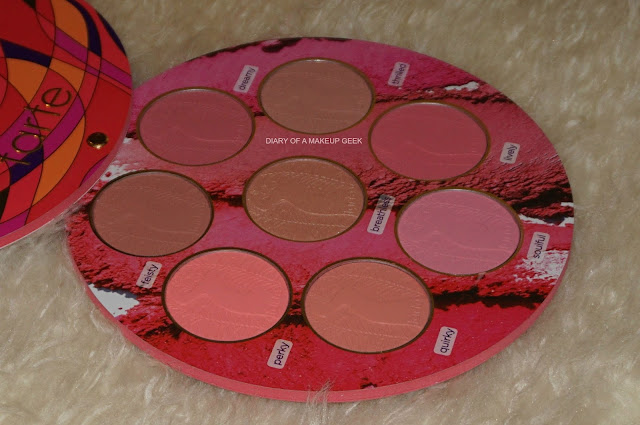 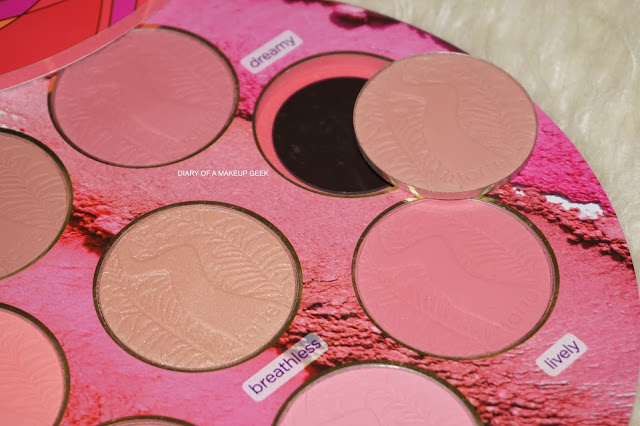 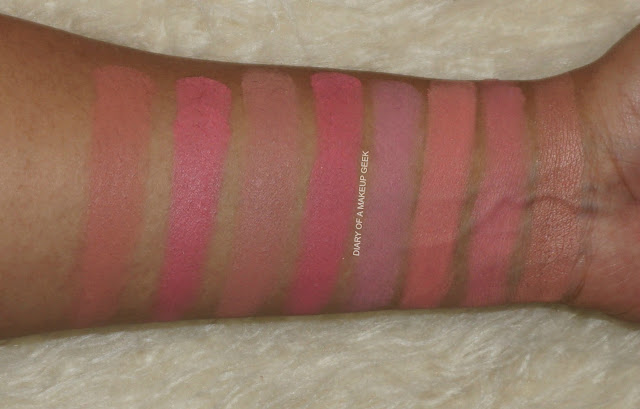 How excited was I to be able to get my hands on this baby. Although after reading reviews on last years Big Blush Book I was slightly put off as many mentioned the quality was not the same as these are made in China as opposed to the full size single blushers which are made in the USA.
To be fair there is many brands who have their products made in China but not many actually pay attention to that side of things. Nevertheless I was still quite excited to receive it. Tarte only had limited quantities of the Tarte Big Blush Book 2 and only stocked them twice of which both times these sold out instantly.

The Tarte Big Blush Book 2 comes in sponge packaging which is covered over with thick glossy cardboard, the top swivels round and locks back in place with a tiny magnet mechanism. The packaging is glossed with bright and colourful designing and the palette is very lightweight. There is a total of 8 full size blushers which can be popped out and the bottom of the palette has magnets attached which means you can depot and replace/change more blushers which is a great idea as this means it won't just be a case of binning this once you have used up the products. Each blusher is also named on the actual packaging which would mean if you did replace any shades for some of your own choice you would need to label them yourself to save any confusion.

Personally the one thing I did not like is the cardboard and sponge part of the packaging I do feel with it being a limited edition it should've been something that feels a little bit more sturdy, don't get me wrong the blushers are secure and in place and I have no doubt or worries about them smashing. I was expecting the blushers to be somewhat chalky or not so pigmented, the Tarte Amazonian Clay Blushers generally have a 'stiff' texture anyway and don't swatch well with fingers but on the other hand pick up amazingly with a brush. I did find the texture on the browner shades was a tad bit stiffer than the rest but personally was impressed with the texture overall and found some of them swatched even better than the full sized blushers. Overall am I glad I got this .. hell yes! I also picked up the Tarte Color Wheel Amazonian Clay Blush Palette which I will be reviewing soon so keep an eye out for that!