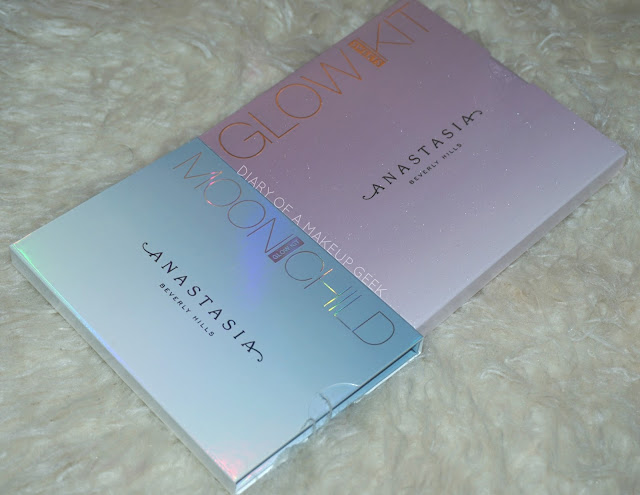 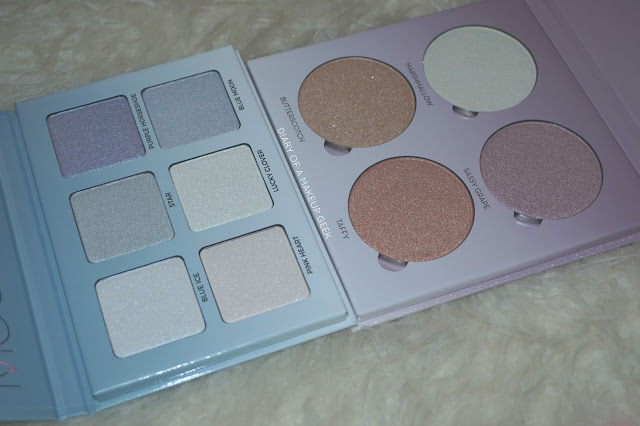 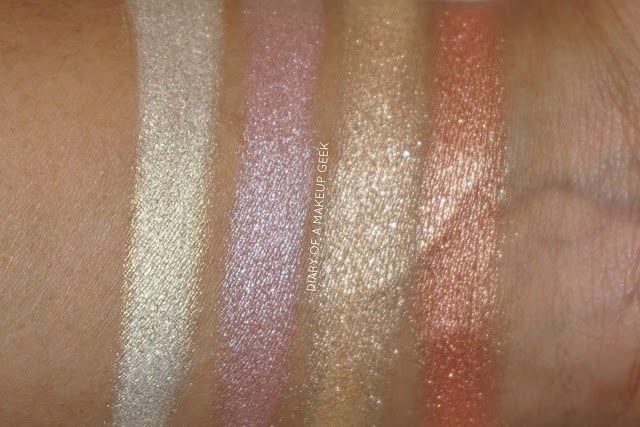 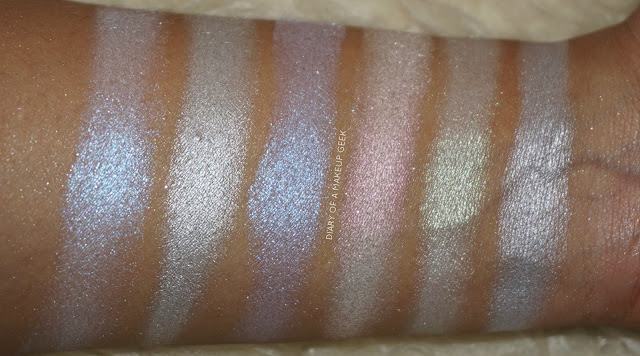 Hey everyone I've been ever slower in uploading reviews than before! Wedding season is upon us in the makeup world and I have been back to back with bookings so as always all I can say is I'm realy sorry, although I do tend to update my Instagram a fair bit so if you aren't already then head over and give me a cheeky follow link.

On to today's review, when I saw Anastasia Beverly hills were releasing the Sun Dipped palette I'm not going to lie I wasn't overly impressed and THEN not long after came the news about them releasing the Sweets Glow Kit and Moon Child Glow Kit and I was over here like damnnnn I want to see swatches. ABH wasted no time in getting cheeky swatches out too and from that moment I knew I was going to be all over these, so much so my FB friends got sick of me going on about them. As it stands these appear to be exclusive to ABH direct.

There's no doubt I got my order in as soon as they launched! Sadly I have to point out it took 2 delivery attempts both times the Sweets Glow Kits came through smashed, eventually they emailed me mentioning they have refunded me as they're out of stock, naturally I went over o have a nosy but no they hadn't sold out at all. The second replacement delivery I also had to pay customs on again which ABH are refunding me for but it takes upto a week and a half not to mention the customs I paid the first time round I am out of pocket for, we all know after ABH shipping costs and UPS handling fee's along with taxes it really doesn't work out so cheap. I am hugely disappointed in ABH and how they brushed me off, no part of the boxes were labelled fragile and no doubt they'll have had a fair few knocks in transit process.

Moving onto the glow kits; Anastasia Beverly Hills Sweets Glow Kit comes with a pale gold, a blue-toned pink, a gold with rather large shimmer particles and a warm peach highlighter. The one that is my favourite from this palette is Sassy Grape due to the fact its rather different from whats already out there on the market. Now I have to admit it is a tad bit dark for my nc30 (MAC) skin tone so I tend to use Marshmallow first to give it a lighter base. Although Butterscotch is a stunning gold (dupe for ABH So Hollywood) the large flecks of glitter end up al over my face so I have to use a bit of MAC Fix+ on my face first to get some control.

Anastasia Beverly Hills Moon Child Glow Kit I know a lot of people mentioned they weren't too fond on this palette as a face highlighter palette and I can totally see why they feel that way I personally also can't casually use all the shades as face highlighters as they're too 'dark' and secondly because they're slightly too 'out there'. However I have been using Pink Heart (pearlescent pink duo chrome) over Lucky Clover (pearlescent green duo chrome). The main reason I purchased this was to use it as a eyeshadow palette as the shades are brilliant to use as main lid eyeshadows over a white base. The intensity on these is crazy and once used over a white base it really does make them pop. The other added benefit of this Glow Kit is that it has 6 shades and is the same price as the rest of the Glow Kits.

I wil be honest with you I am unsure I want to give ABH my custom any further it most definitely won't be as often as I used to simply because of how they lied about the Sweets Glow Kit being out of stock, the fact I paid customs on a palette which was damaged and incurred charges a second time which yes they're refunding me for but its a case of hassle and lastly I personally find their customer service responses which took upto 4 days at a time rather slow and dragging, they also emailed me at one point instructing me to ring them which I refused as oversea's call costs would have been through the roof!