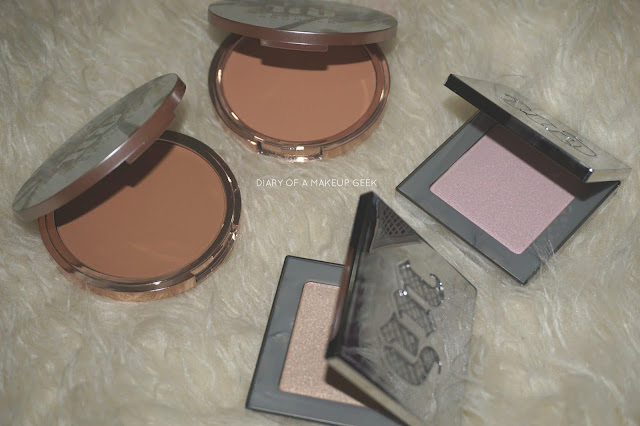 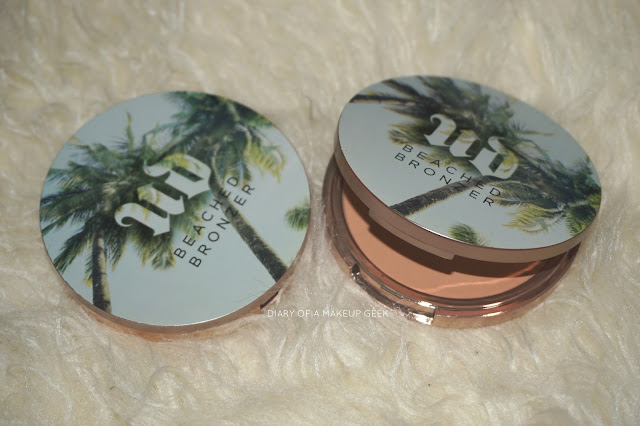 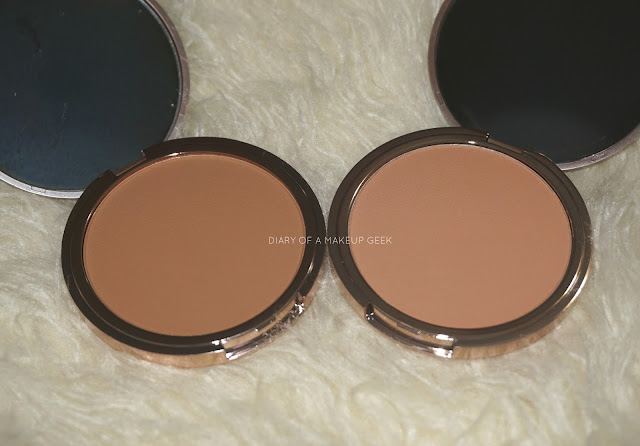 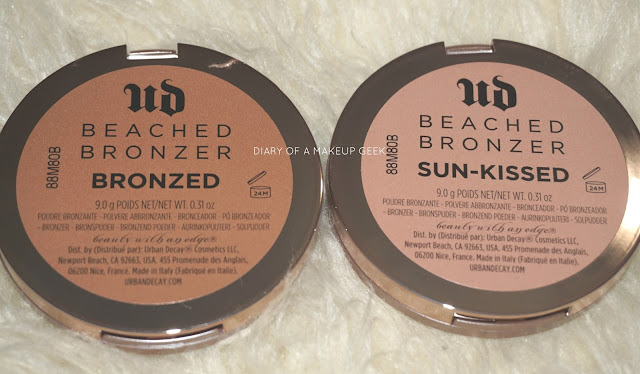 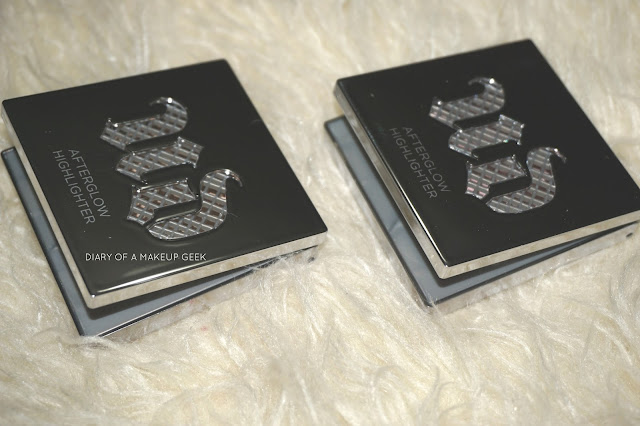 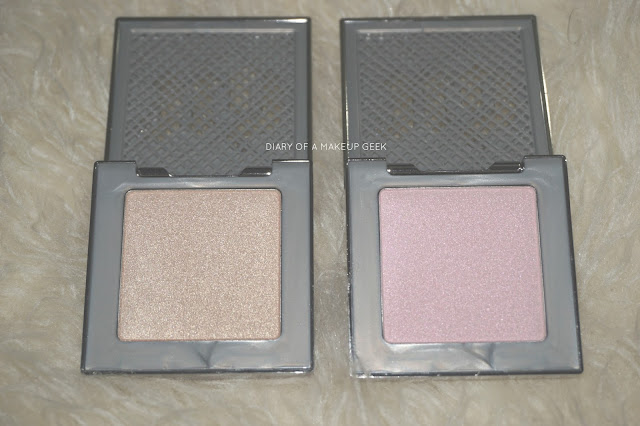 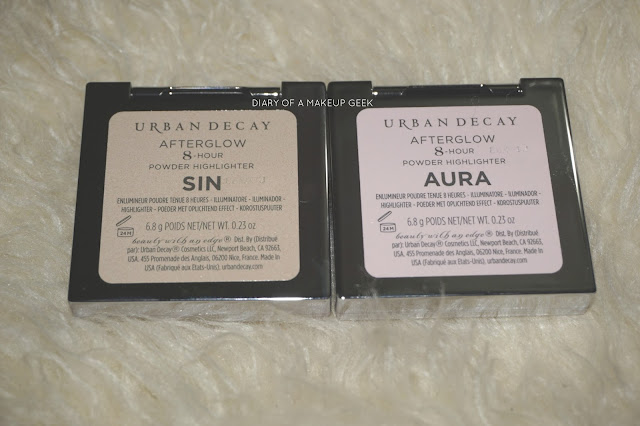 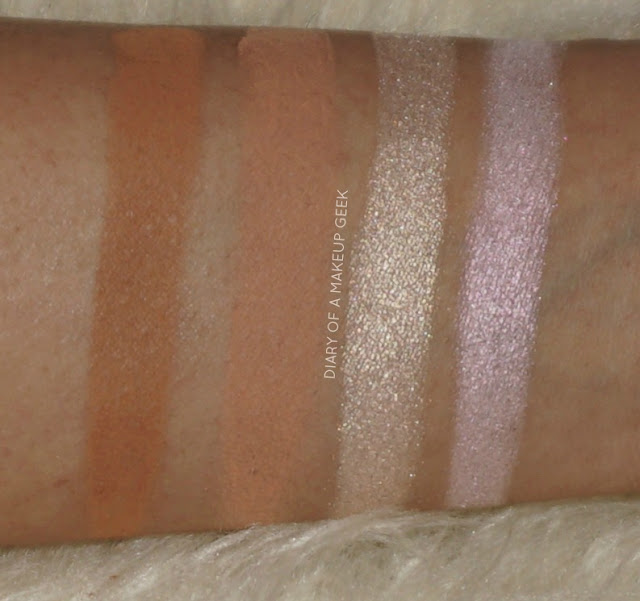 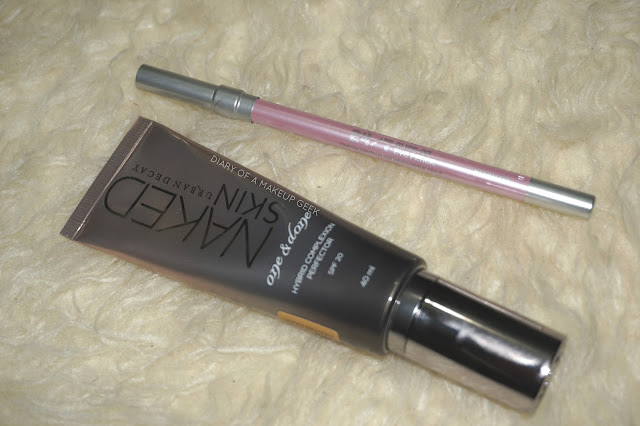 I was most excited to see Urban Decay Summer 2016 collection featured bronzing powders as its not something I'm used to seeing Urban Decay releasing but they have really stepped out there recently. I have always been a fan of Urban Decay even before my MAC days. They were one of the rare companies that released eyeshadow palettes, any type of palettes back then were not popular nor did many brands release palettes over the last year however they have become readily available.

Highlighters were another release and other than the skin illuminators again not something I've seen often from Urban Decay and once again kudos points. They come in two shades a off pale gold and duo-tone pink which reflects lilac in under different lighting. Honestly speaking recently the amount of gold highlighters I have accumulated is crazy and although pinks weren't something I swung towards in terms of highlighters I've really made an effort to switch things up, I was going to return the Aura highlighter but decided to keep on to it. The beauty with pink highlighters is there is much more of a variety available but this has to be totally different with the hint of lilac running through it and not to forget it looks stunning on the face.

They have also released some eyeliner pencils and then the Urban Decay One & Done which is like a tinted moisturiser but with more coverage placing it right in-between a BB/CC Cream and foundation. It is designed to be lightweight, cover up impurities, correct and even out skin tone. I have to admit because I like my coverage, I do have some pigmentation on my face and this covered them up noticeably well as well as made my pores look visibly smaller.

Did you pick anything up from this collection or is there anything you have your eyes on?