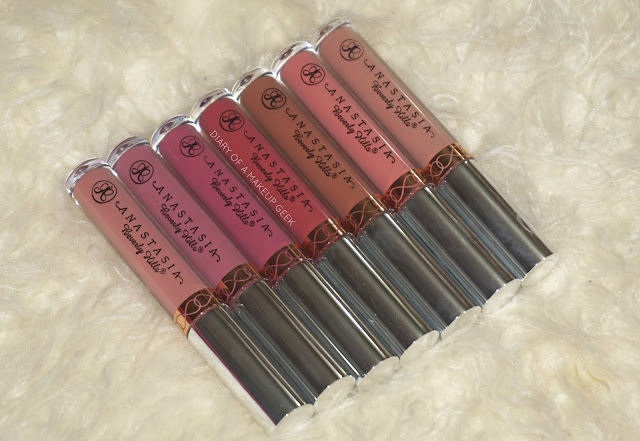 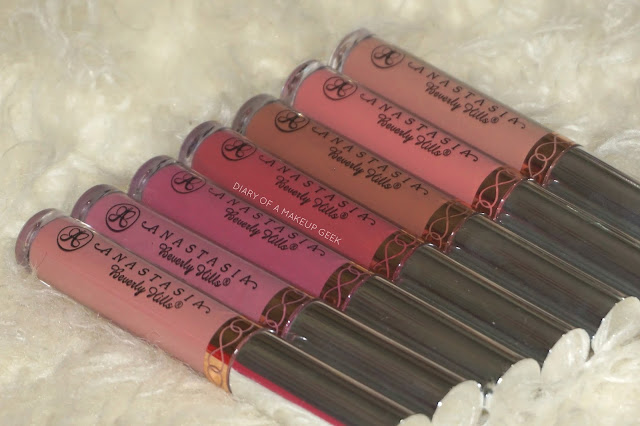 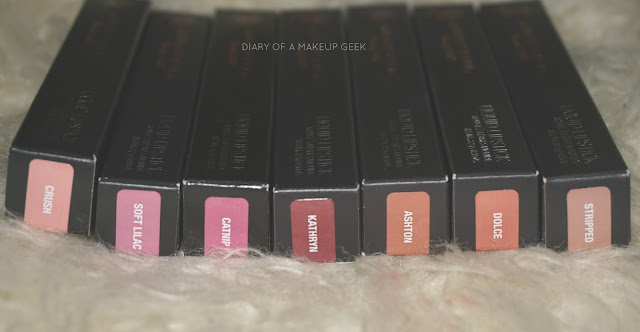 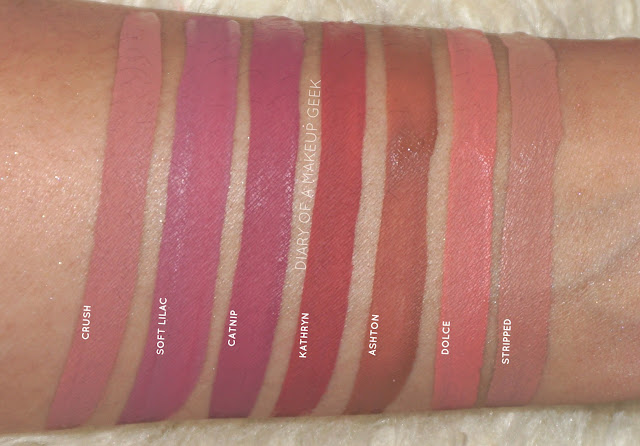 So a few weeks ago Anastasia Beverly Hills launched their summer collection of liquid matte lipsticks introducing a mixture of new shades and some re-launches as well as Dusty Rose which was one hell of a popular sell out when it was released.

I picked up most of the shades as well as Dusty Rose and Maddison which aren't amongst the swatches. I have to say the fact they have expanded with more wearable nudes is amazing, I for one have to be careful with nudes as they can very easily clash with my skin tone so I risked it but decided to get Crush and Stripped but they just work amazingly even for me and are even amongst the most worn by me.

I also love Dolce again pastel type of shades clash with me but I've not had that issue with Dolce and is probably my most worn these days as the weather is getting warmer, I'd definitely say it is more of a unique shade. Kathryn again is another shade that there is so many similar of on the market at the moment but this is unique as it has a good combinations of pigments which make it that little bit different to whats already available. Soft Lilac and Catnip I already have from when they were first released, Soft Lilac is another summer-perfect shade!

Overall I love the shades they have released there is a couple of bright shades too such as Rio and Maddison, I would've most probably got Rio but I feel like I have stepped away a little from the brighter shades and much prefer my softer and nude shades!