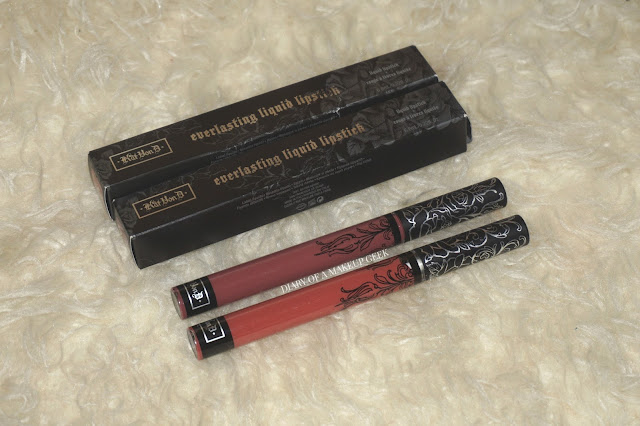 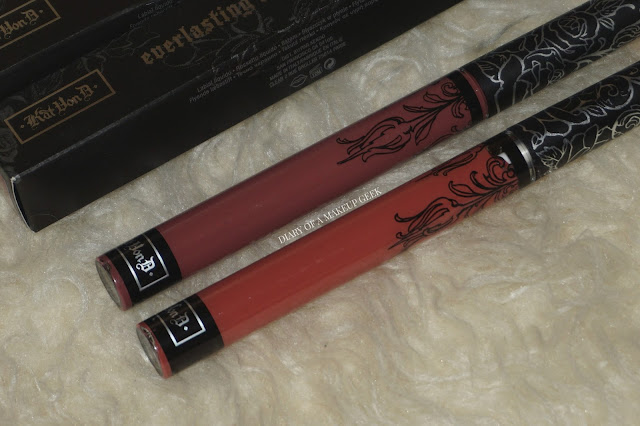 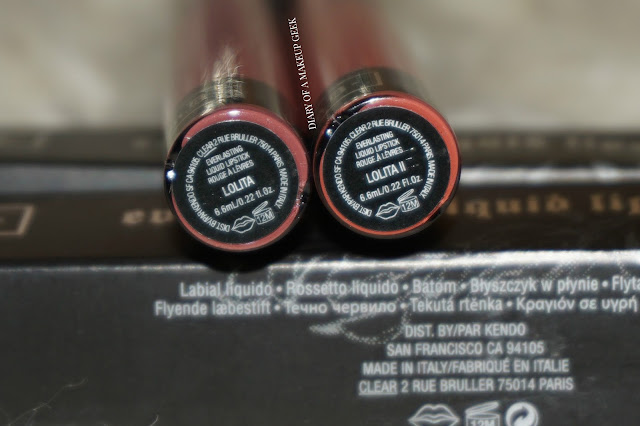 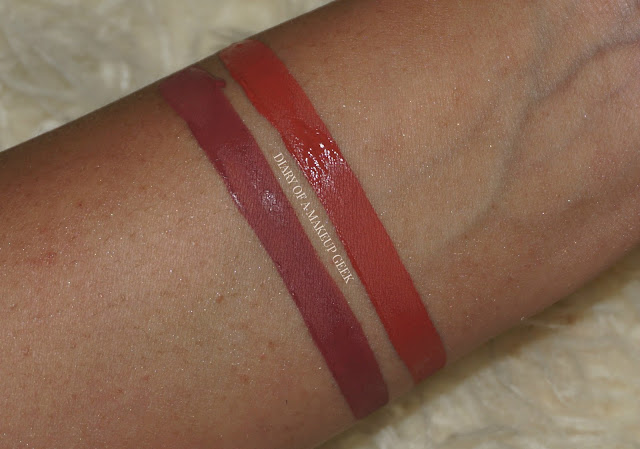 Things have been mega slow on the blog side for me, I will not even lie it will most likely stay this way for some time as I am not so well besides that I have a lot going on for me on the makeup side of things. I do apologise and I appreciate those who come back and enjoy my posts.

Todays review is another couple of products I picked up from LA, the infamous KVD Lolita and Lolita II which was only released at the back end of last year. Now Since KVD released Lolita it became so popular that each time it literally sold out, not only that but many brands started creating that perfect mauve shade in the liquid matte formula.

If I remember correctly there was a few batches released in the original Lolita shade, the first one which was a tad deeper than the one I have (third batch) the second batch seemed to have been a bad batch and then the third batch which has a slight shade difference to the original. I am guessing all this was due to the fact this is a difficult shade to create so it caused variations.

Lolita II on the other hand is much warmer, it does appear warmer than it actually is in my pictures if I am totally honest. These were probably the only shades amongst a few there that were readily available in Macy's the rest seemed to have been sold out.

KVD liquid matte lipsticks are generally a thinner but longer tube than others on the market, I love the flower print designing on the actual tube, the applicator itself is a typical doe foot but not one that is fluffy like the Jeffree Star ones. I much prefer KVD's version as it is much easier to create precision. Finally the opacity is brilliant on the KVD liquid matte lipsticks one coat is more than enough and even better than that is the lasting power, for me these are easily amongst the longest lasting liquid matte lipsticks, the texture is very fine so no build up and with just one coat they are very comfortable to wear. I definitely need to invest in some more shades!