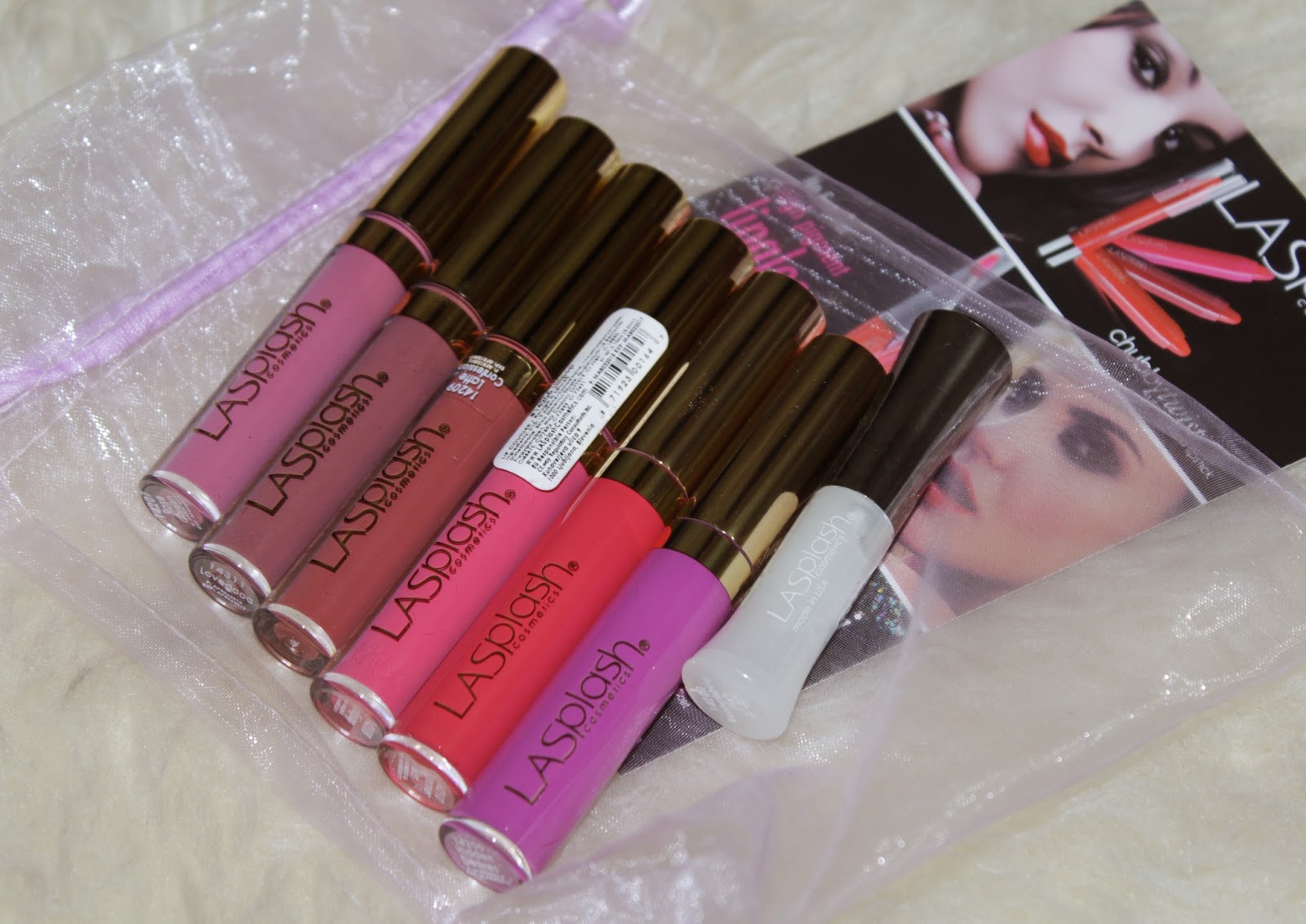 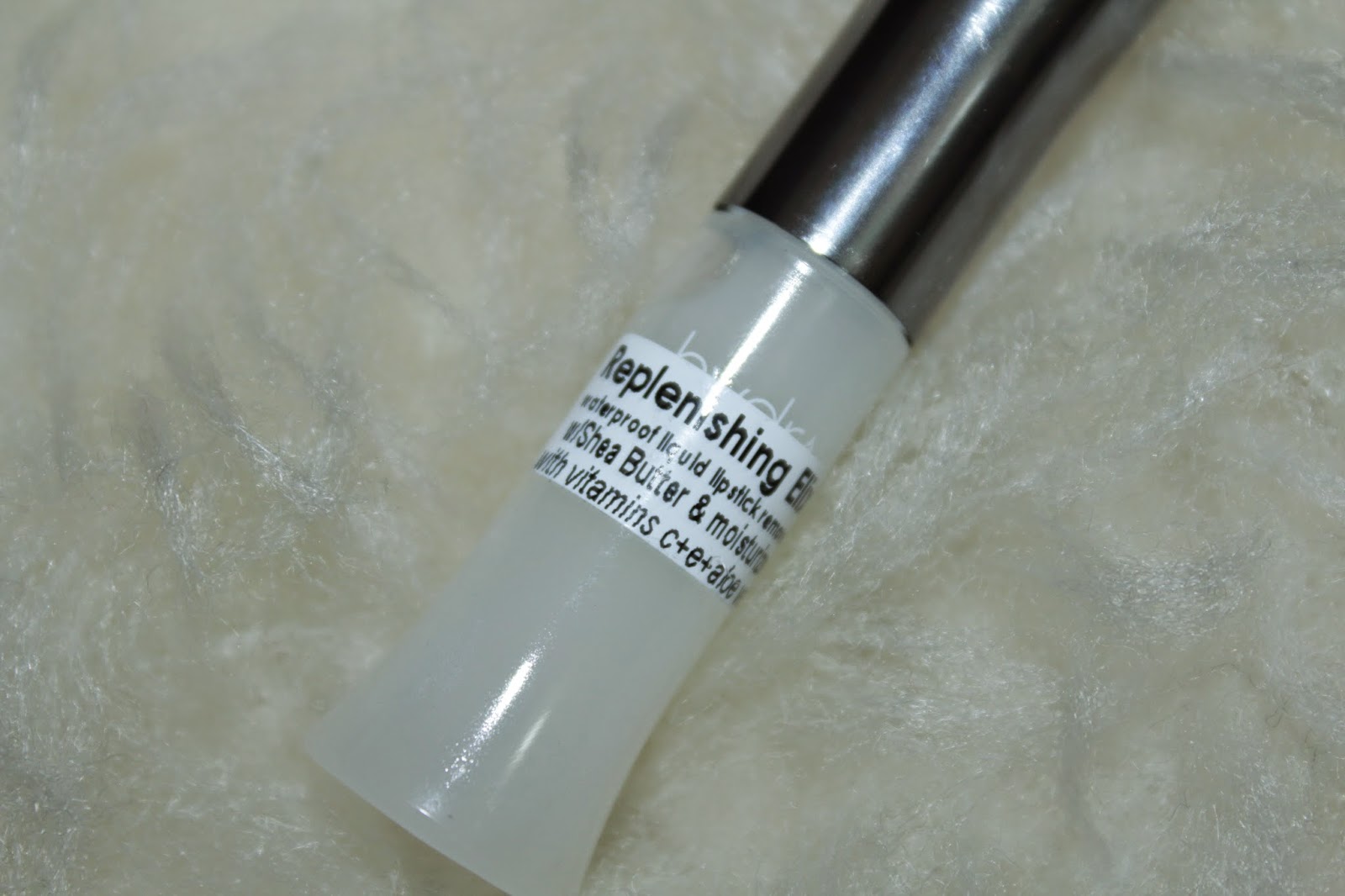 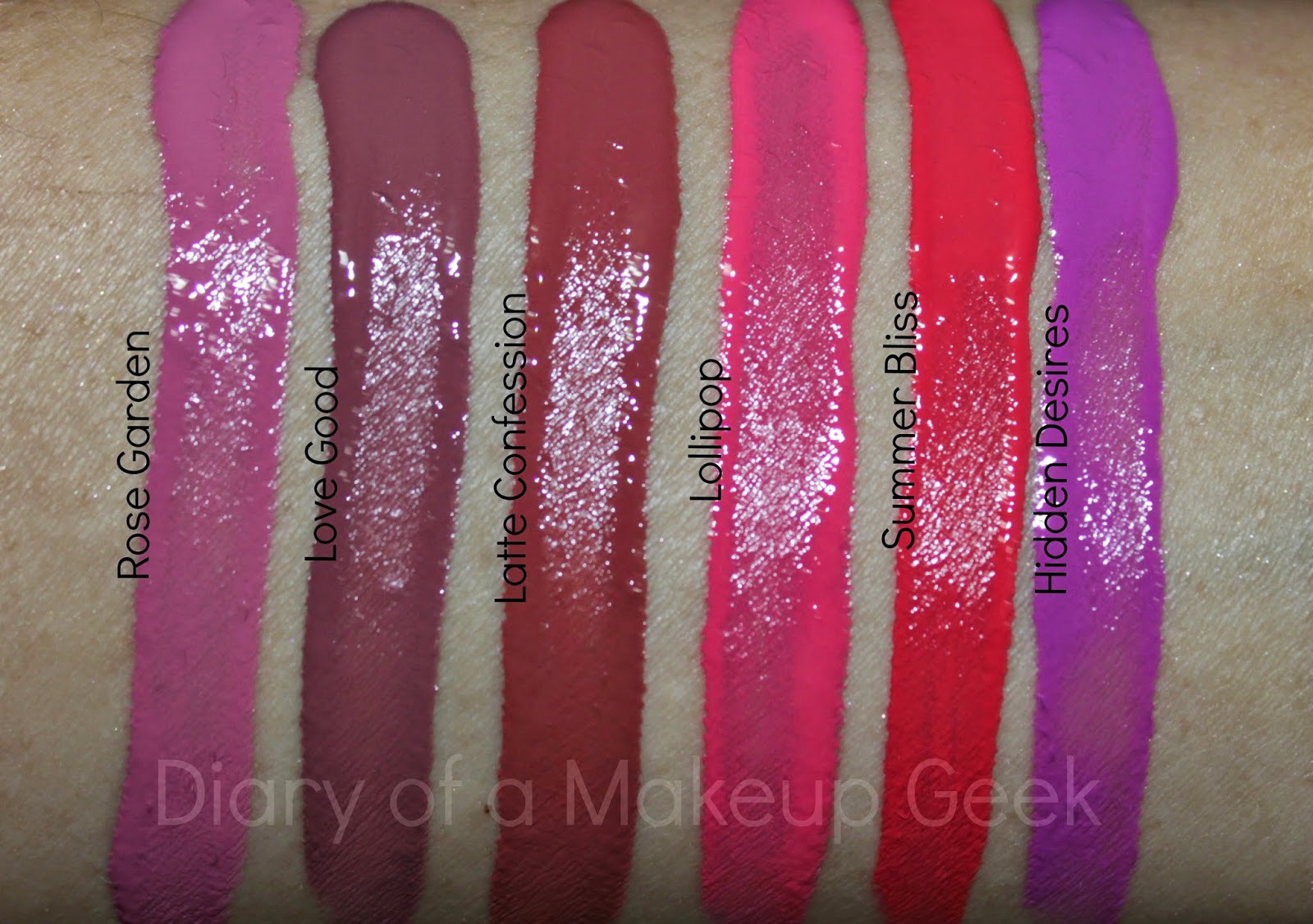 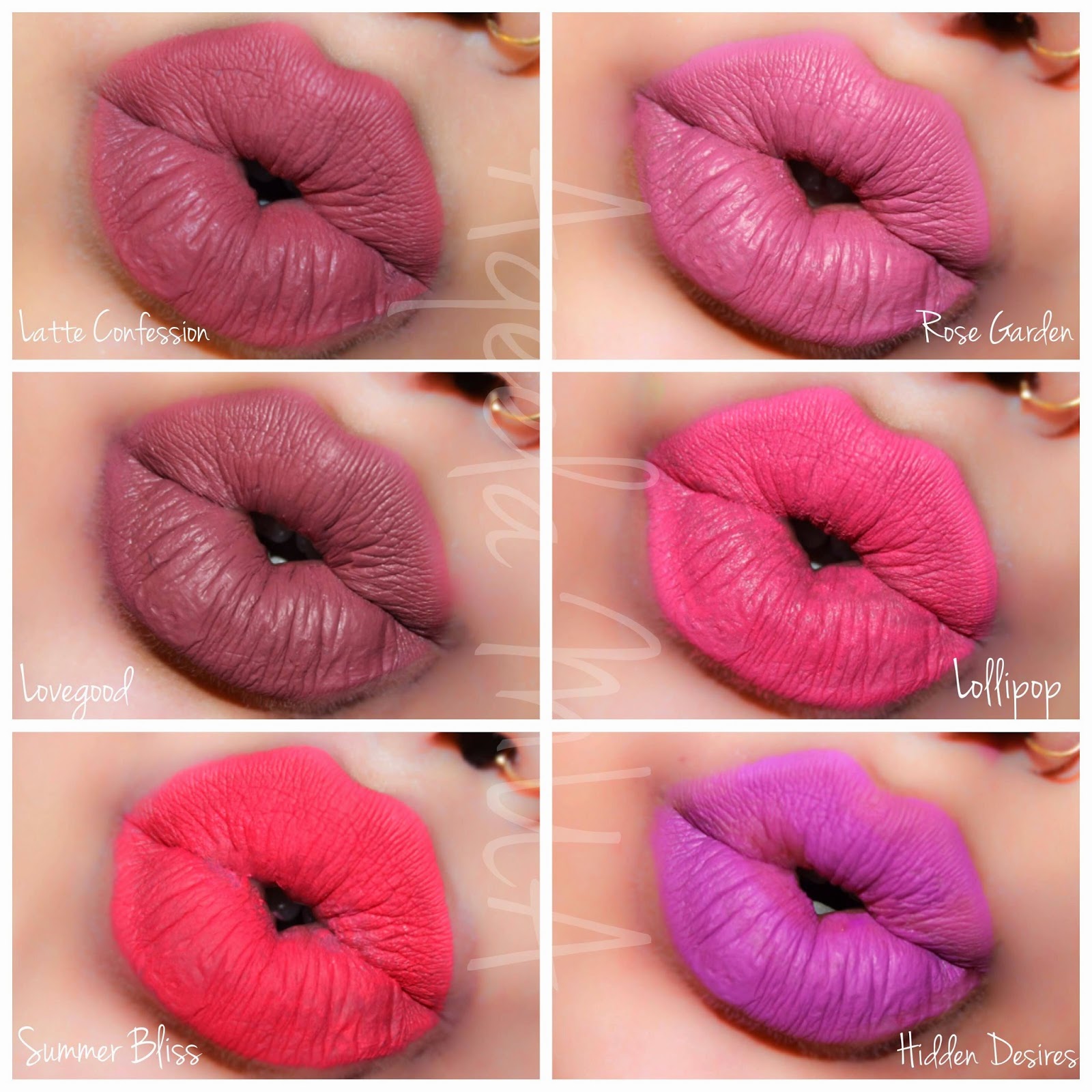 As you all know I am weak for matte lipsticks of any kind but then liquid matte lipsticks are a whole new level for me! After seeing the hype around LA Splash Cosmetics on Instagram I became more and more drawn towards them so decided to place an order.

LA Splash Cosmetics is an American brand and are well known for their Lip Coutures or should I say matte lipsticks, they do a range of finishes and I was rather confused as to whether they all do the same thing or what exactly is the difference so after watching lots of youtube reviews I can tell you the Lip Lustre's, Lip Coutures and Smitten LipTint Mousses are all matte in fact only the Lip Lustre's are different in the respect they have glitter particles but nevertheless they are all matte.

I picked up 5 Lip Coutures and one Smitten LipTint Mousse in the shade Lovegood, the packaging and labelling on all of them says Lip Coutures and the finish as well as texture are no different. Most of the Lip Coutures come with a longer applicator except for two which came with the usual doe-foot applicator I have to say for me personally I prefer the longer applicator as it holds enough product for one layer whereas the usual doe-foot applicator requires more product to get one layer. I was also sent a Replenishing Elixir which they have created so you can use to remove the lipsticks.

When I placed my order I was sent shipping details stating a estimated delivery date of 3 days later I thought they was having a laugh but believe me they weren't my parcel was through my door on the third day! LA Splash Cosmetics international shipping is slightly higher than other American brands but they use FedEx courier so I actually don't mind considering how fast the delivery was and I'm guessing this avoids customs too.

Ok finally about application and what I thought, firstly one layer is all you need if you start layering these will wear away very fast so stick to the one layer, they do sink into all the fine lines I personally don't mind, drying time is roughly a minute some dry quicker, Lollipop and Summer Bliss were the two I am still trying to get to work for me as one layer isn't enough for me to get an opaque finish I had to apply two layers which doesn't work so well other than these two all the other shades work perfectly they are pretty liquid'y as you can see from the arm swatches so they're rather easy to work with. Overall I really like these and will definitely be picking up more shades, there is some amazing dupes for higher end brands yet I much prefer these I have to say these are the longest lasting liquid matte lipsticks I've tried to date! The Replenshing Elixir however I didn't find was much help at removing these so I use it as a balm instead but any waterproof makeup remover or oil will remove these with no problem.