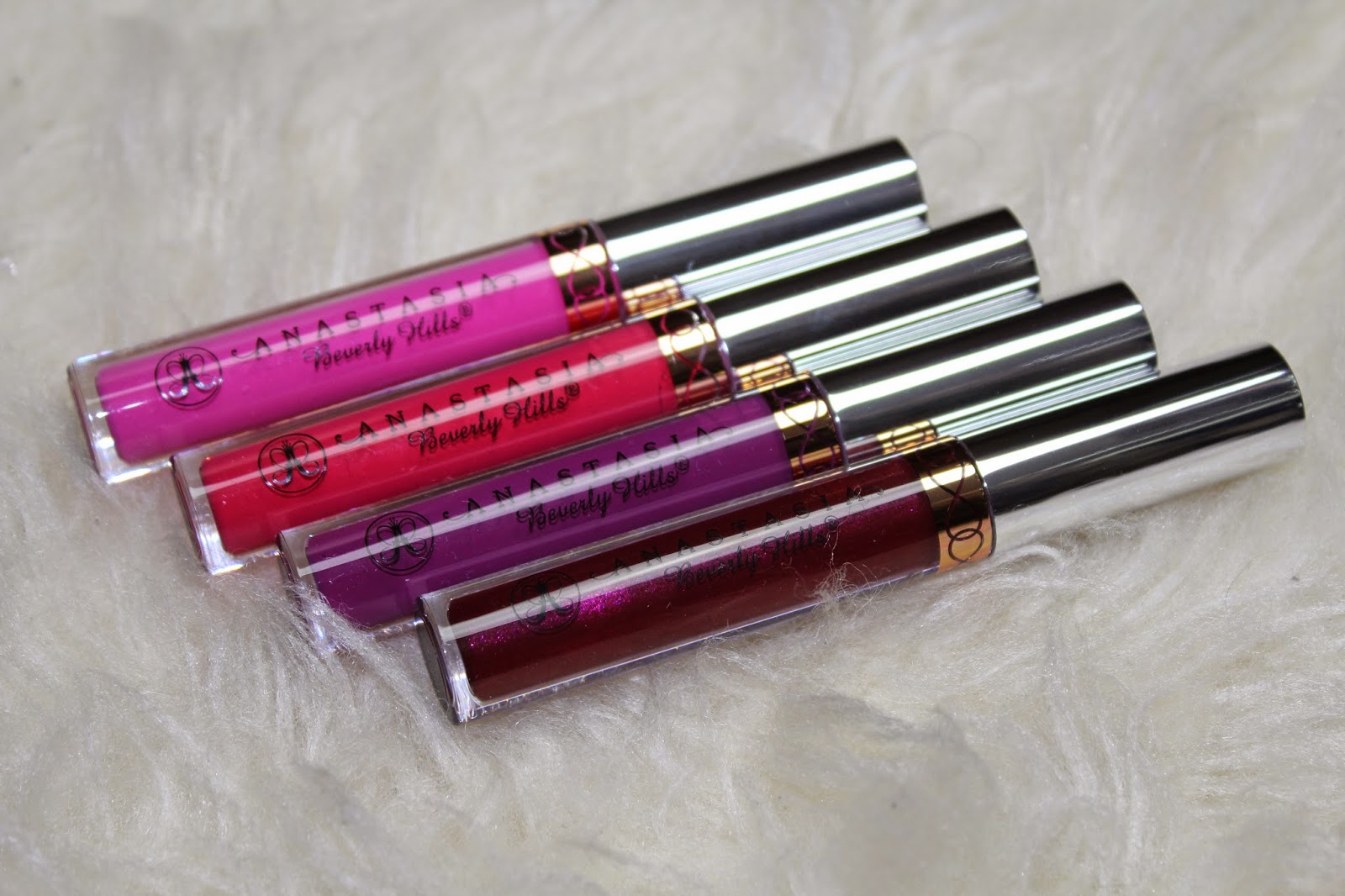 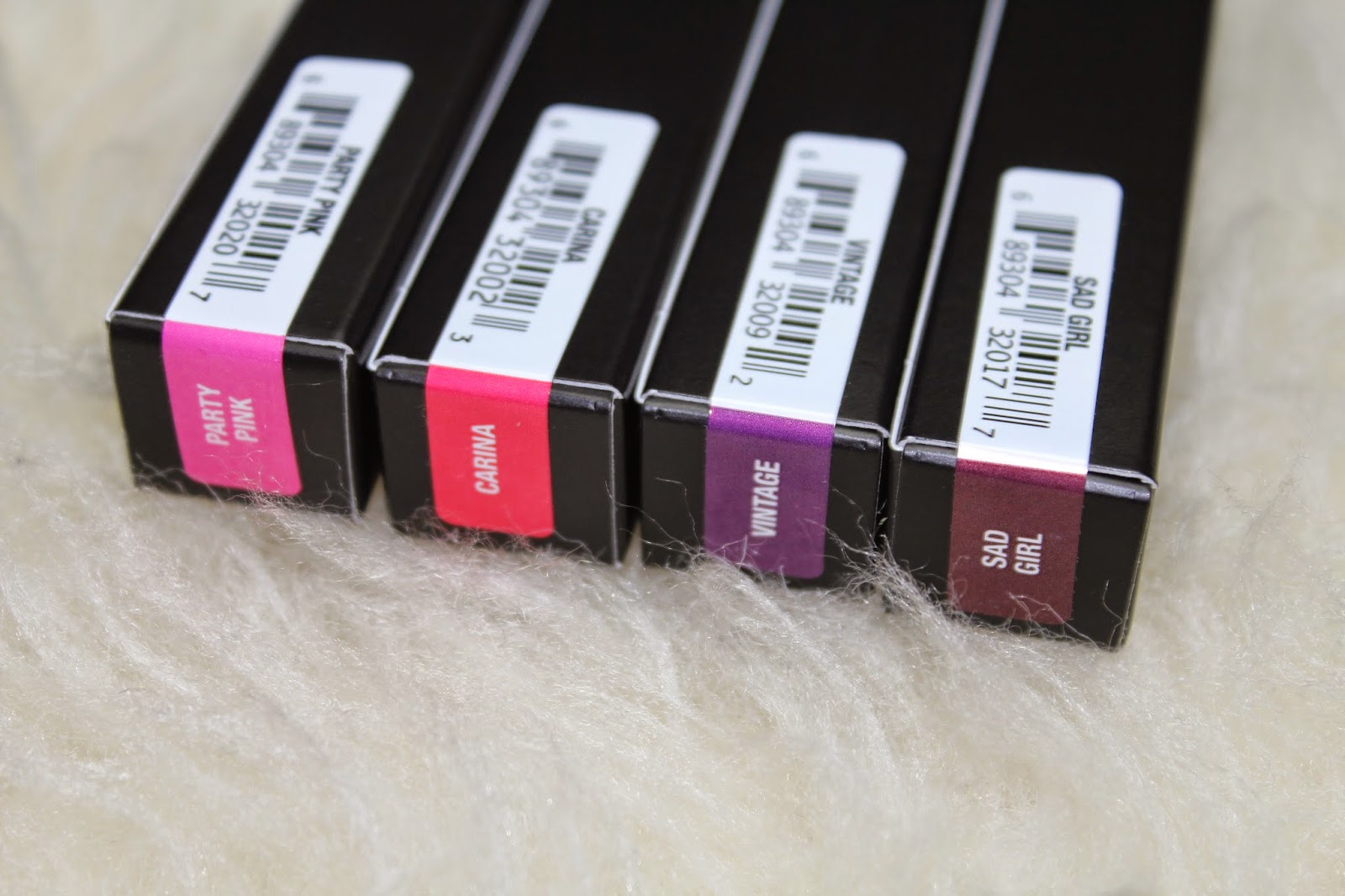 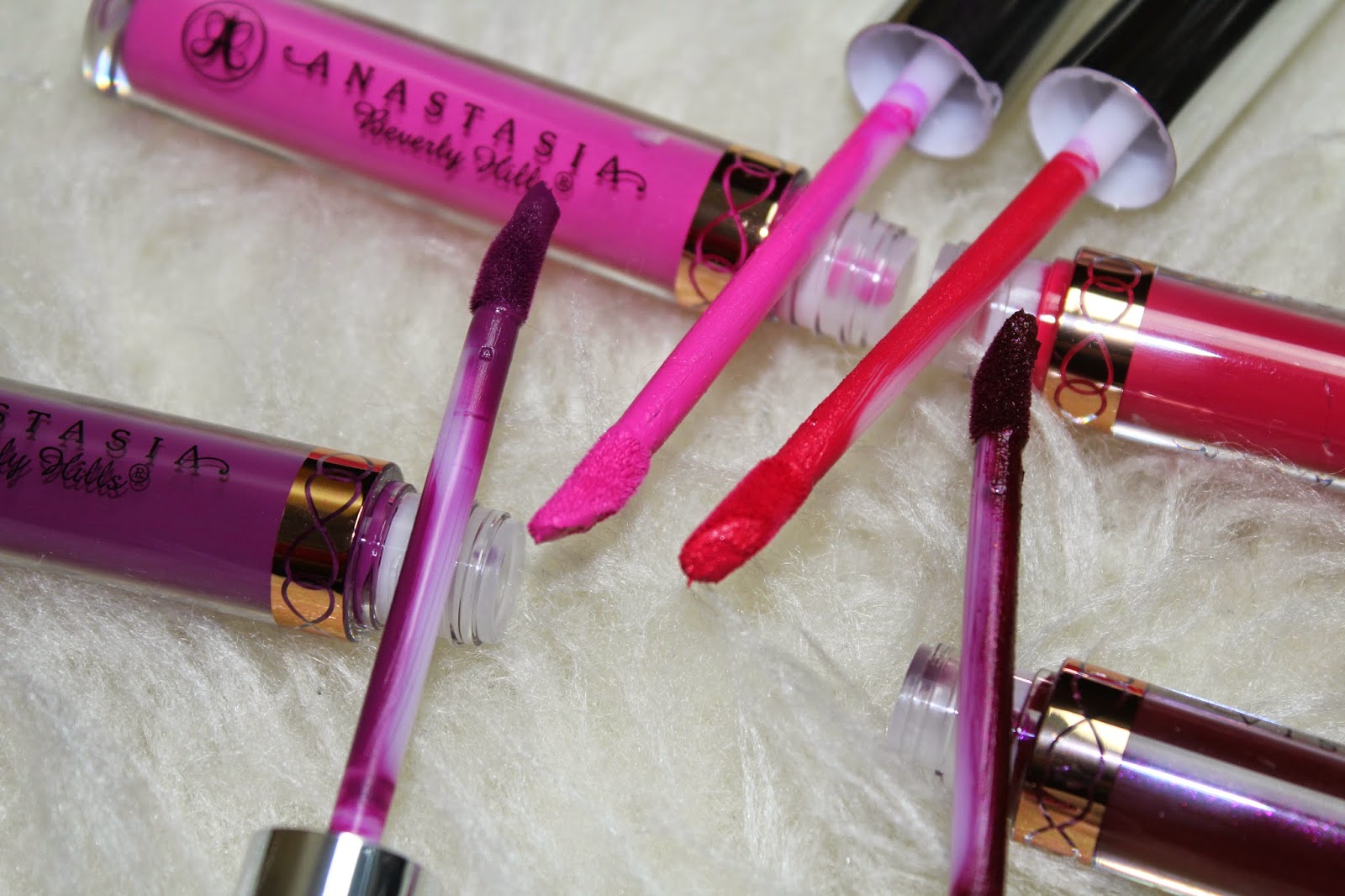 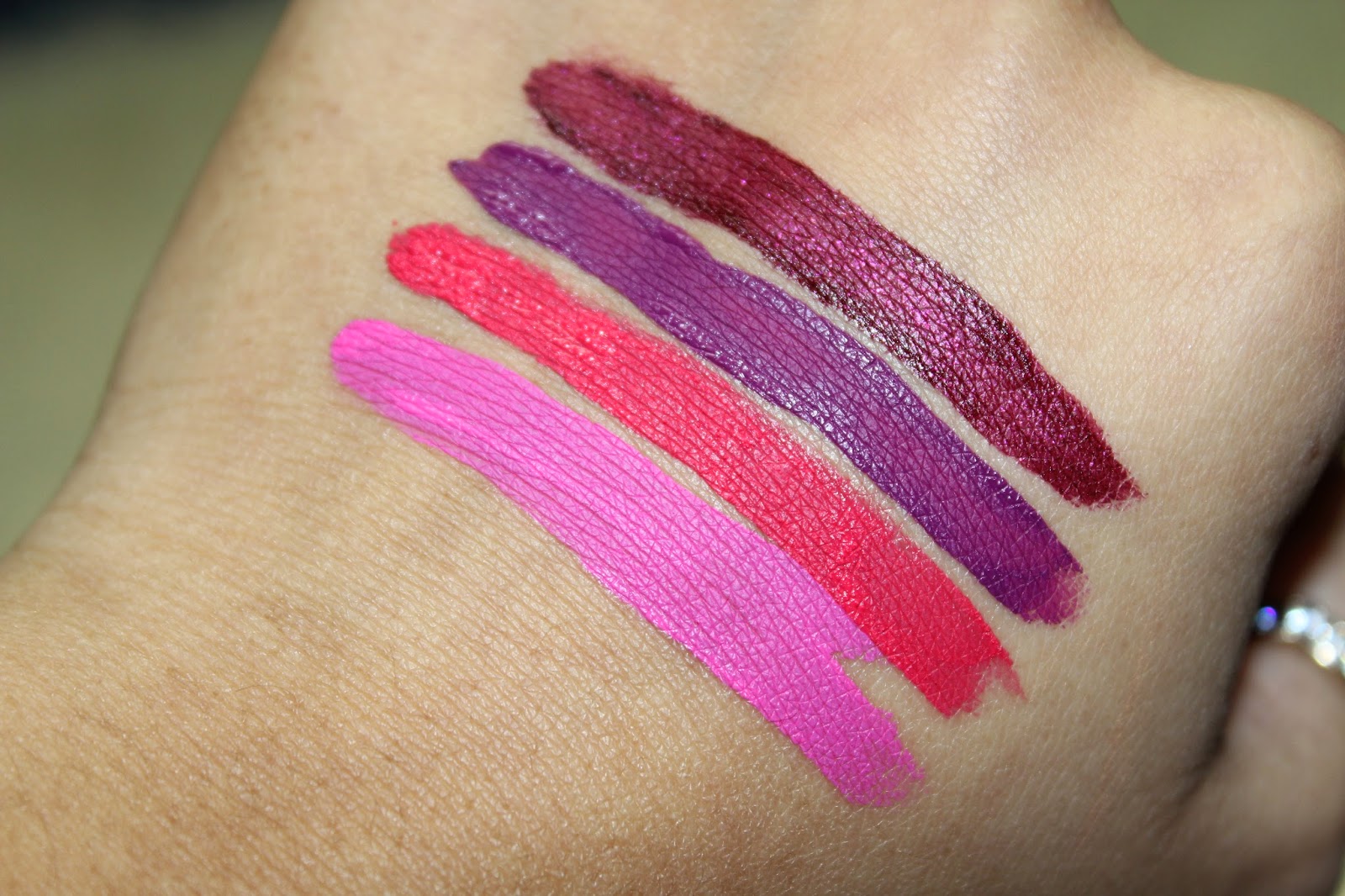 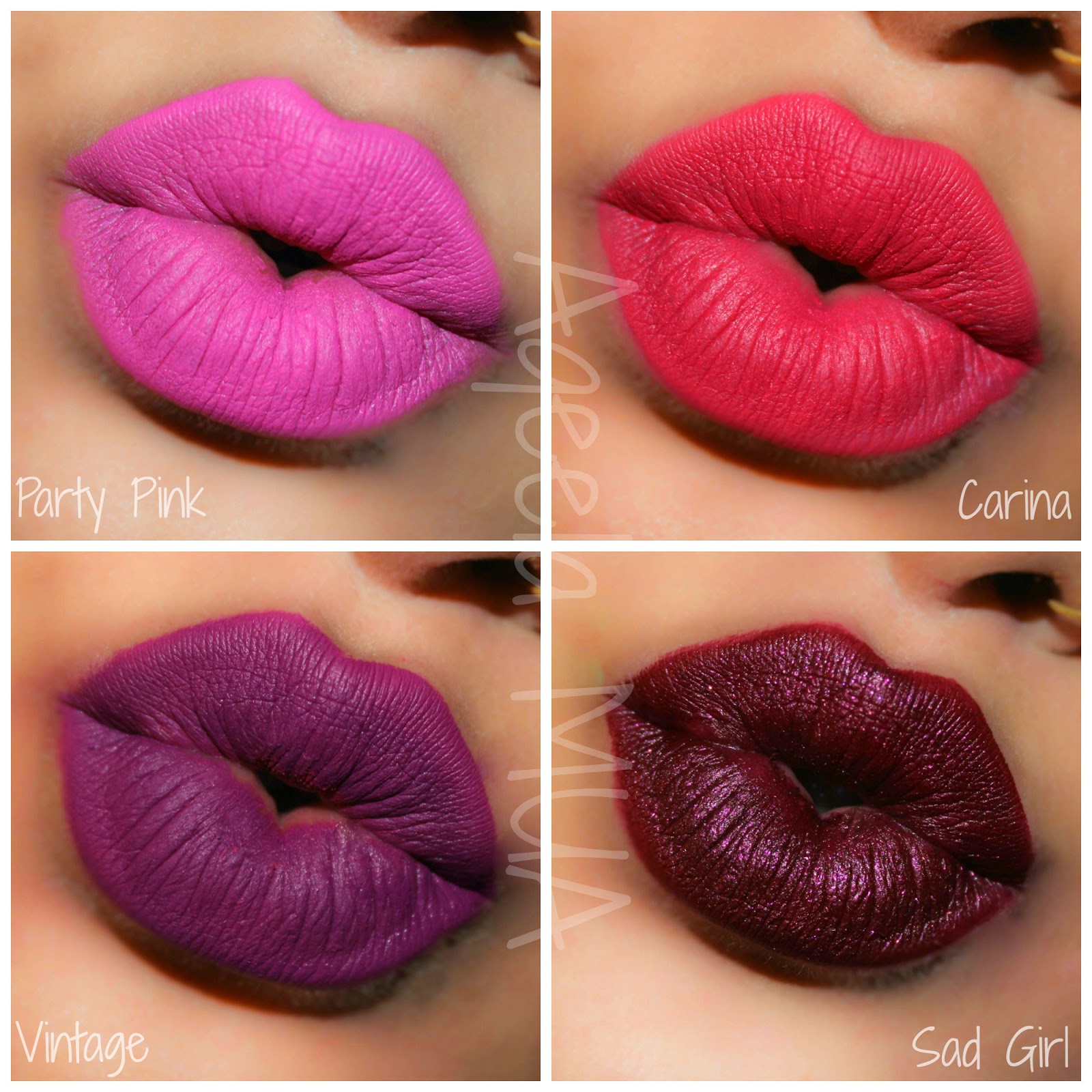 So I decided to get my hands on some of the Anastasia Beverly Hills Liquid Lipsticks as they had brought out a huge range of colours besides I wanted to see what the hype was about.

Anyway as I already had reds, pinks, corals able are the colours I decided to pick up. The texture of these is very different to Lime Crime's version which is a liquid to matte whereas these are more of a cream to matte texture. When I first swatched these on my hand I did wonder how well are these going to work being a cream texture. I have to say these work just as well, what I also noticed is after wear they don't leave you looking like you've got a chola lip but they rather just look faded which I was impressed with. Pigmentation wise these are super-super pigmented and I find if I apply to either top or bottom lip and rub them together to spread it out these work just perfectly.

Carina has to be the shade I wear the most its like a bright watermelon pink and in some lights looks like a reddish- orange too, the other one I absolutely love is Sad Girl which has tiny fuchsia glitter flecks, but once dried you can't seven tell they are there. I would definitely like to pick some more of these up when I next place another order.

Don't forget you can now advertise on my blog click *here* for more details.