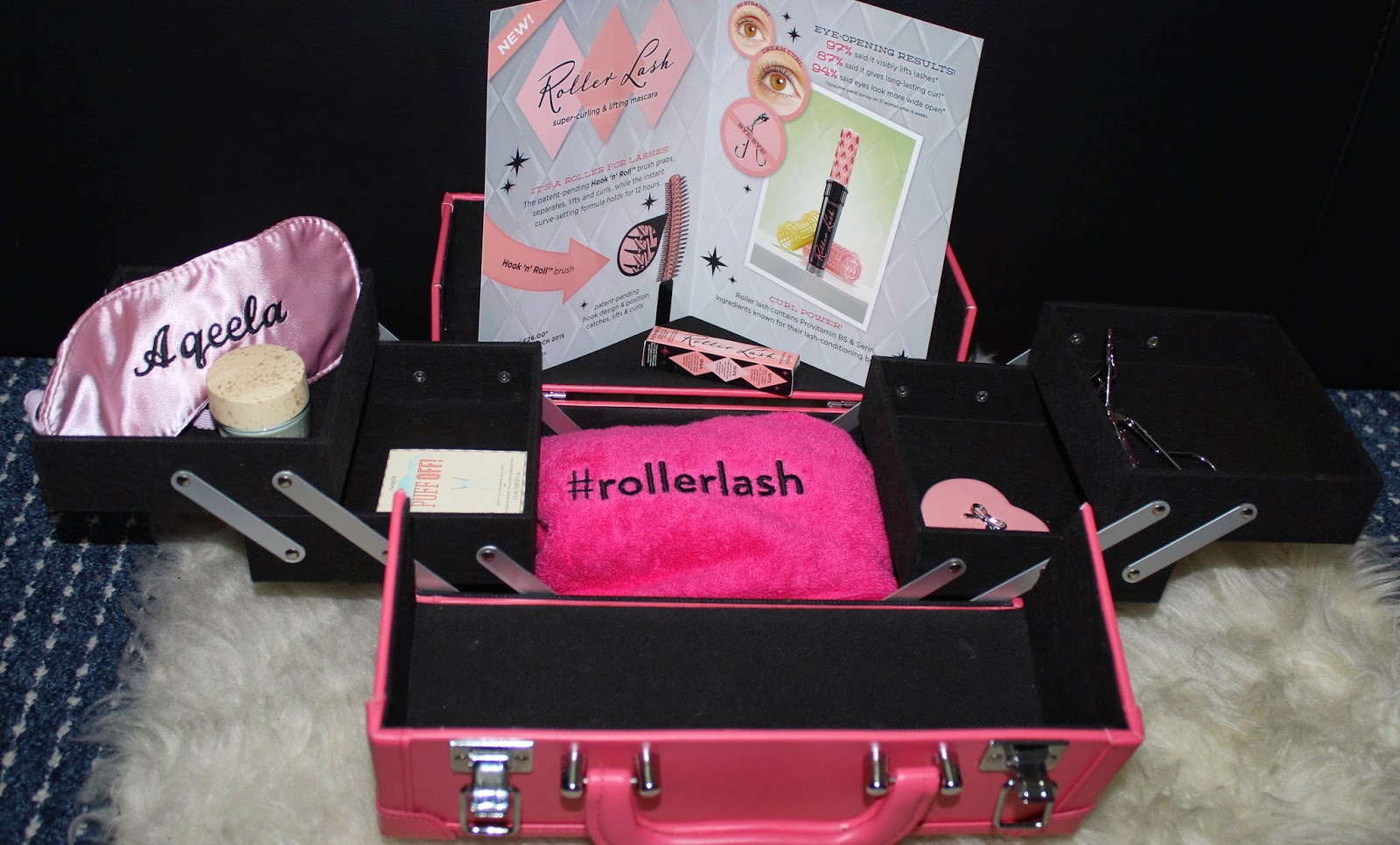 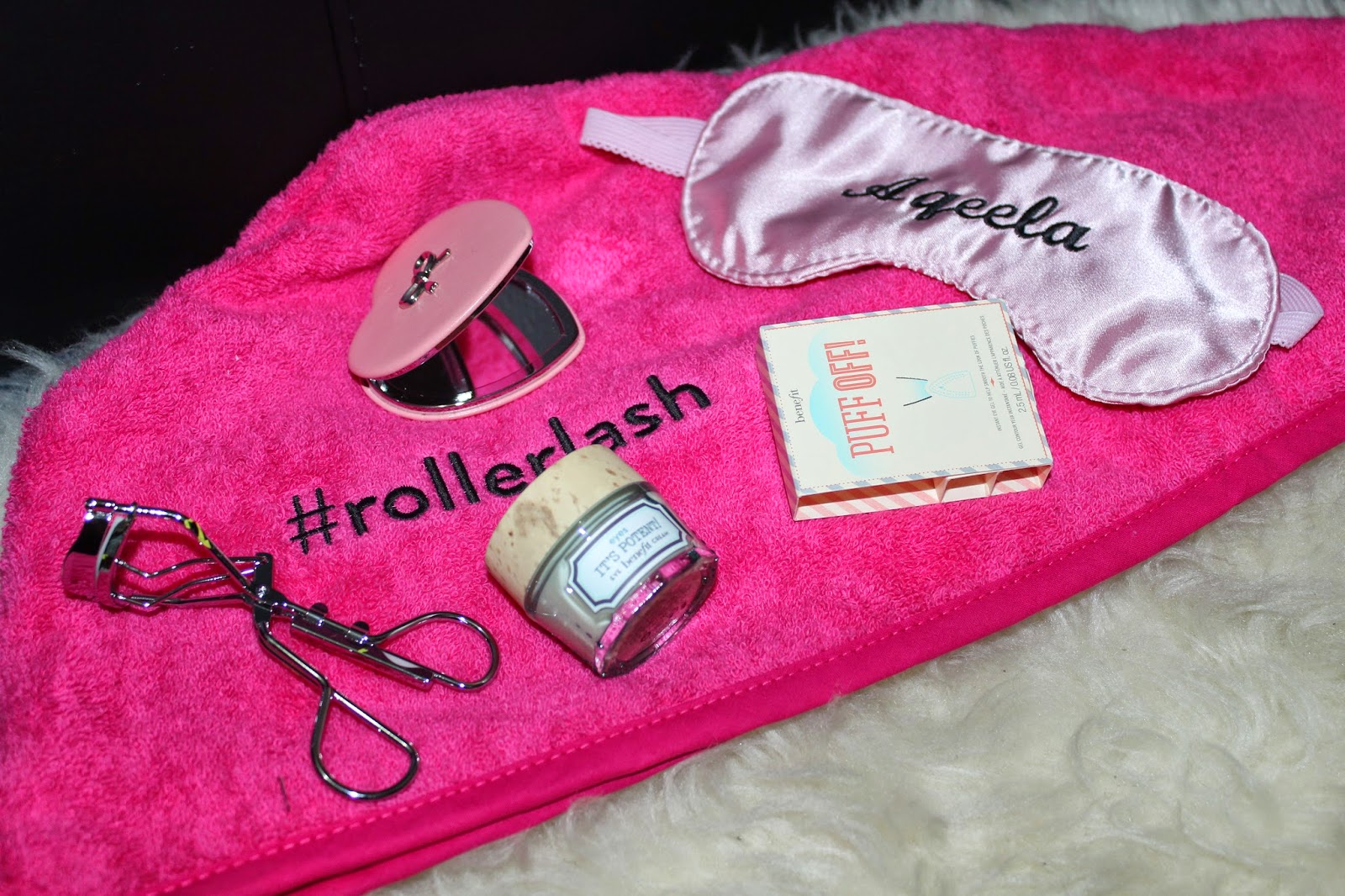 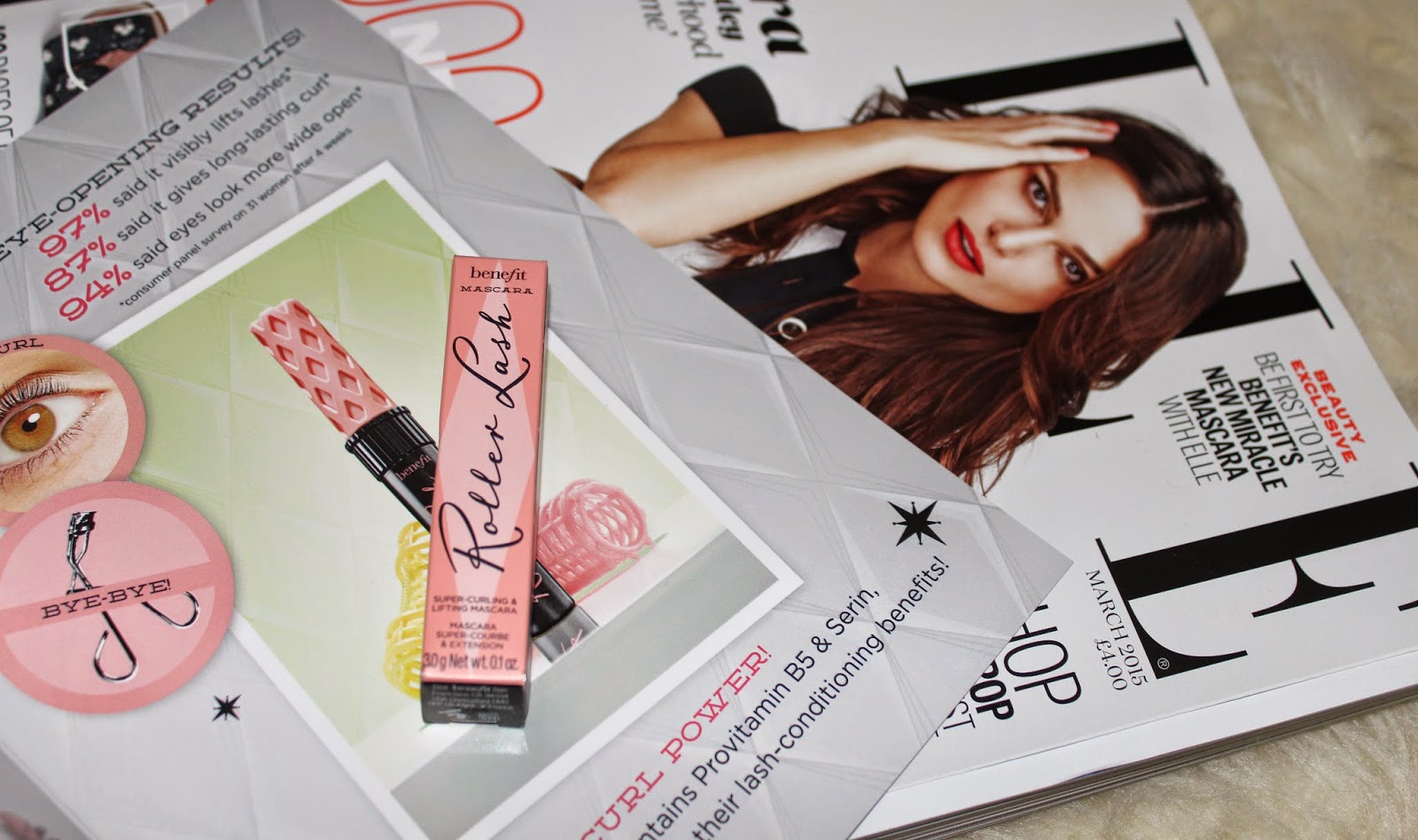 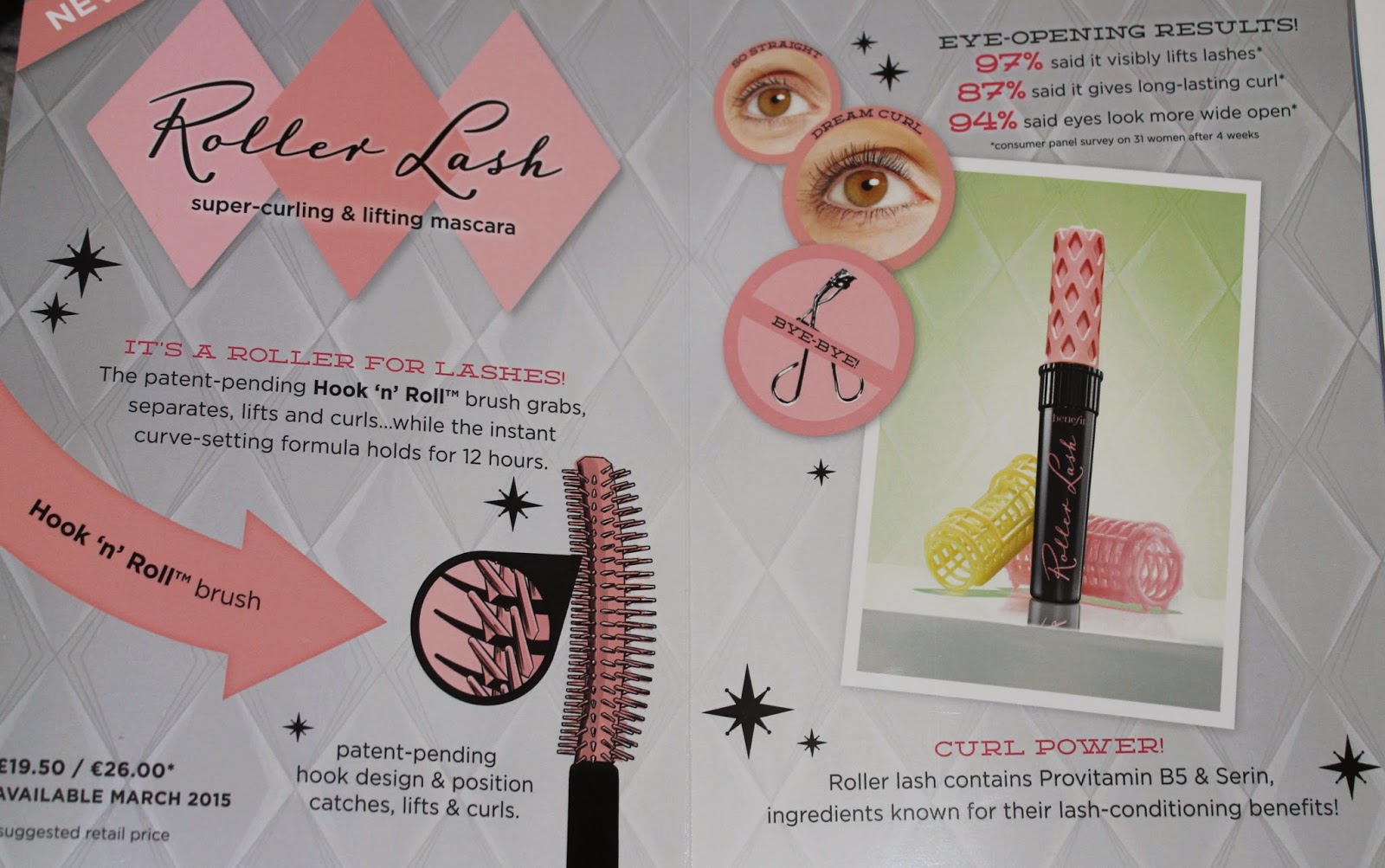 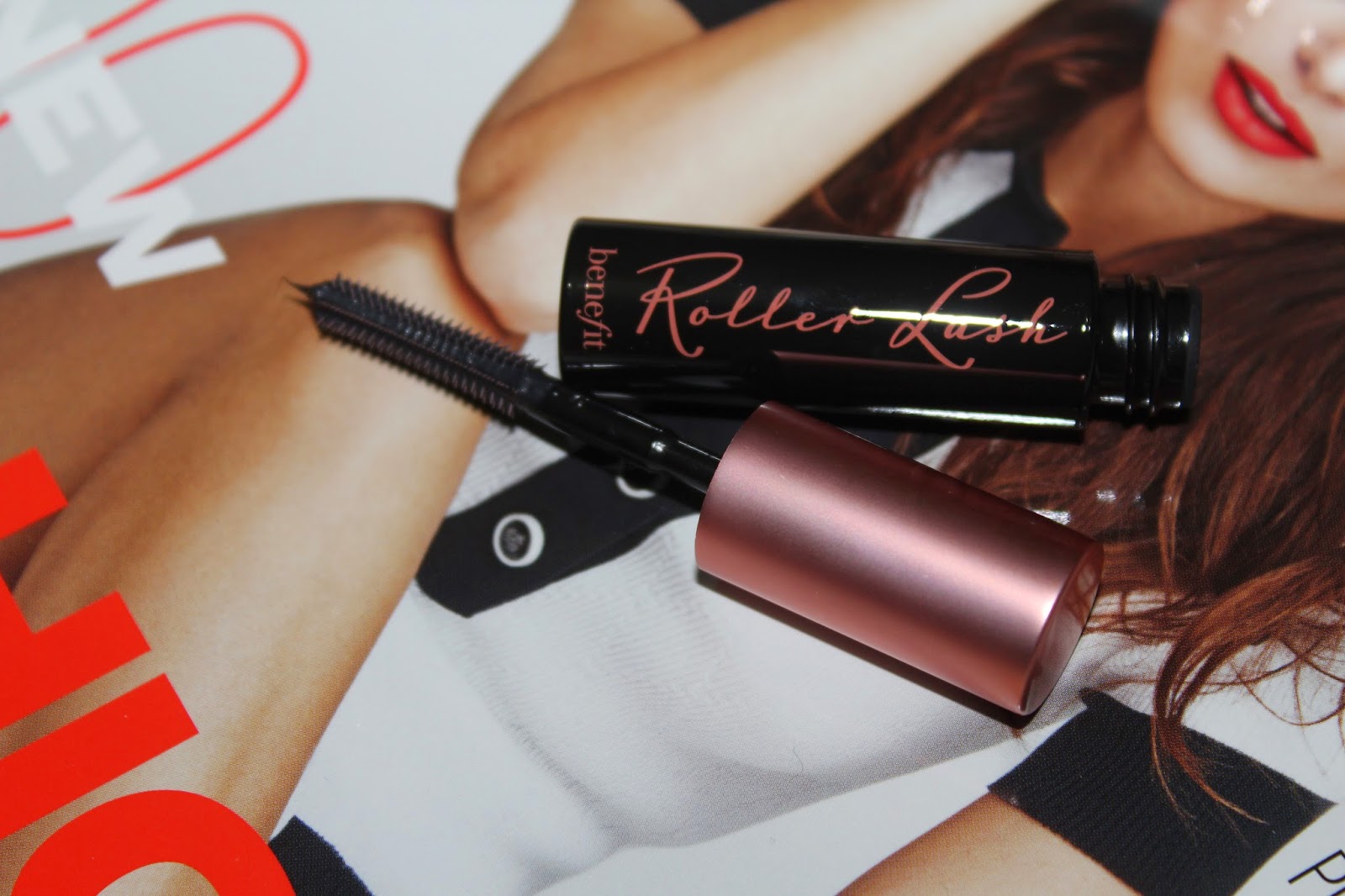 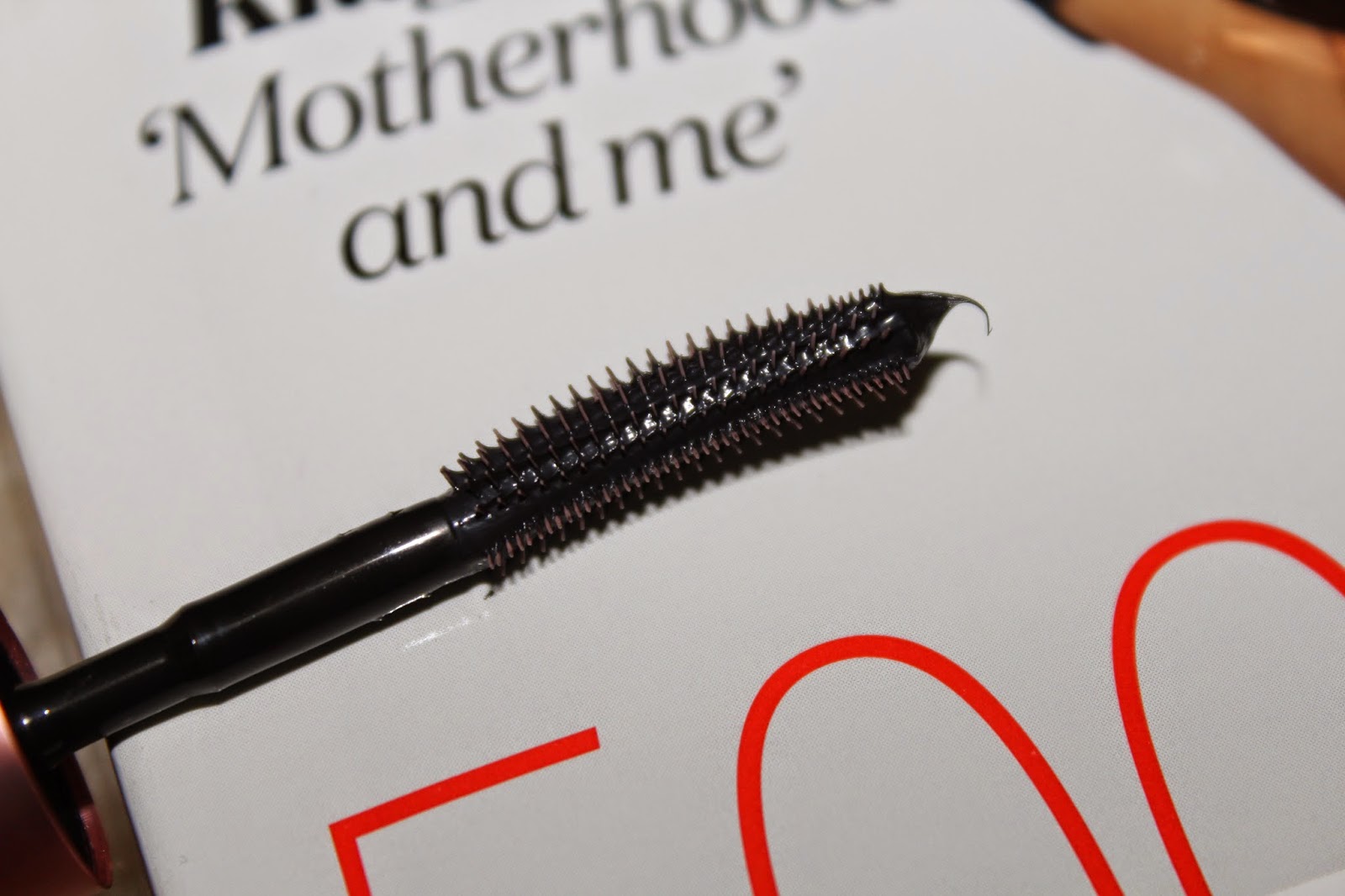 Last week I received this amazing packaging unexpectedly without a clue but filled with anticipation and excitement I tore away at the shoe box sized parcel to revel this lovely pink beauty box. Well let me tell you one simple thing Benefit really know how to pamper a girl!

As a part of the package not only did I receive a sample of their 'Puff Off', I also received a few other samples and finally I was sent Elle Magazine's March edition which is available on the shelfs right now this comes with a sample size of the Roller Lash Mascara.

The idea behind #Rollerlash is totally inspired by hair rollers, Benefit decided if there was a product which was similar to hair rollers but for lashes it would be perfect, so this is where Roller Lash came onto the scene. With a wand which has straight bristles as well curved, this is designed so the lashes grip and curl as the mascara is applied, they've also created a built-in mechanism which ensures too much mascara isn't deposited onto the wand. The formula has been designed to hold the curl in place for roughly 8 hours. After using this mascara for roughly a week for upto 10 hours a day I for one can tell you the formula is definitely on point my lashes remained just as curled as they were when first applied, I also found this mascara does not clump in the slightest and I'd say it definitely is one which lengthens and separates. Just like the other Benefit mascara's you have to apply coats a lot quicker than you usually would before the formula dries, when I say quicker I don't mean immediately but rather the fact not to leave the time gap as long between each coat as you normally would. I absolutely love this mascara, I think it may be my new favourite over They're Real, my lashes stayed in place all day, there was no flaky bits falling down my face even after 10 hours and I loved how my lashes were separated and lengthened as I tend to have a problem of clumping with my lashes because I have lots of lashes, so its a big thumbs up from me! 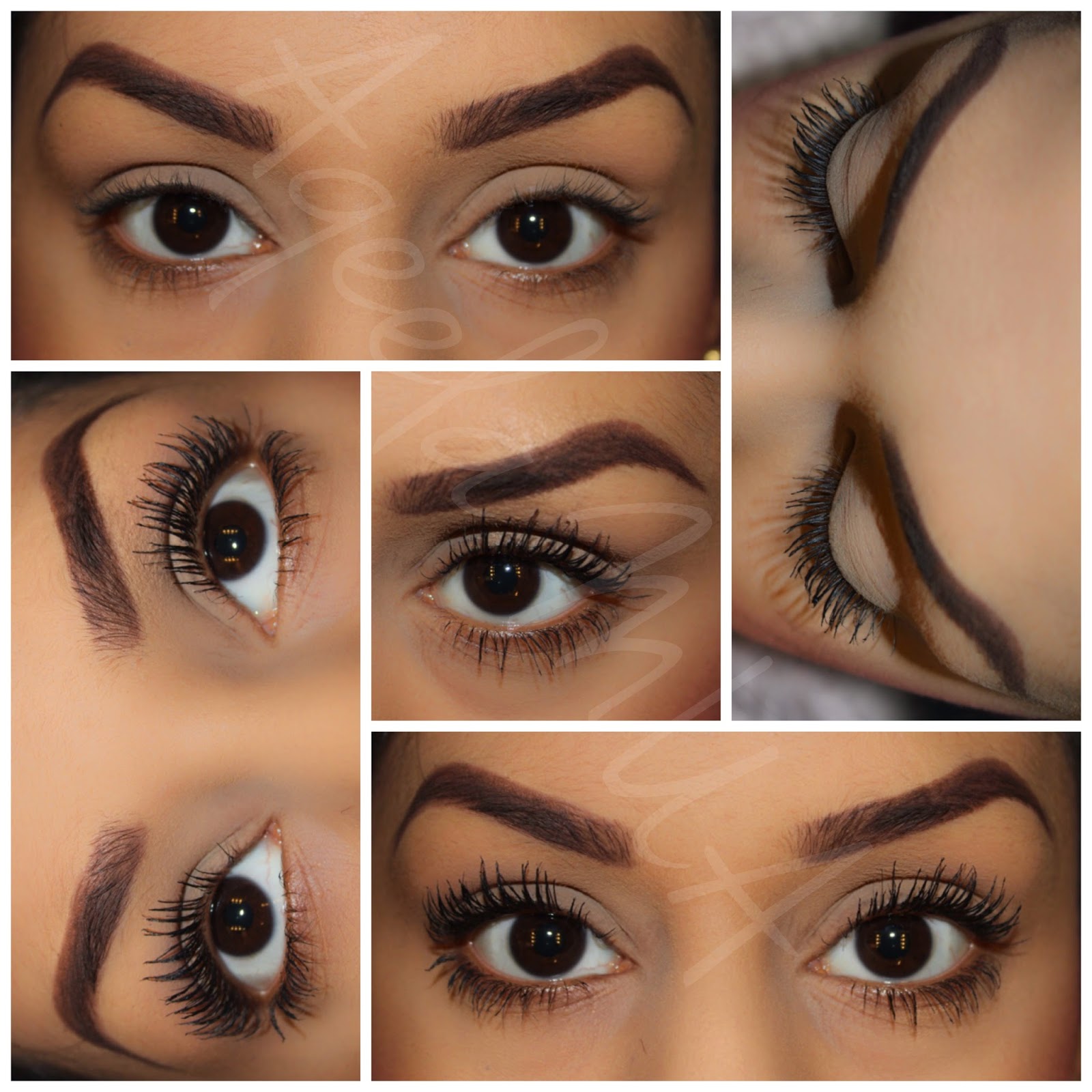 Due to launch on 1st March.

*
Don't forget you can now advertise on my blog click *here* for more details.