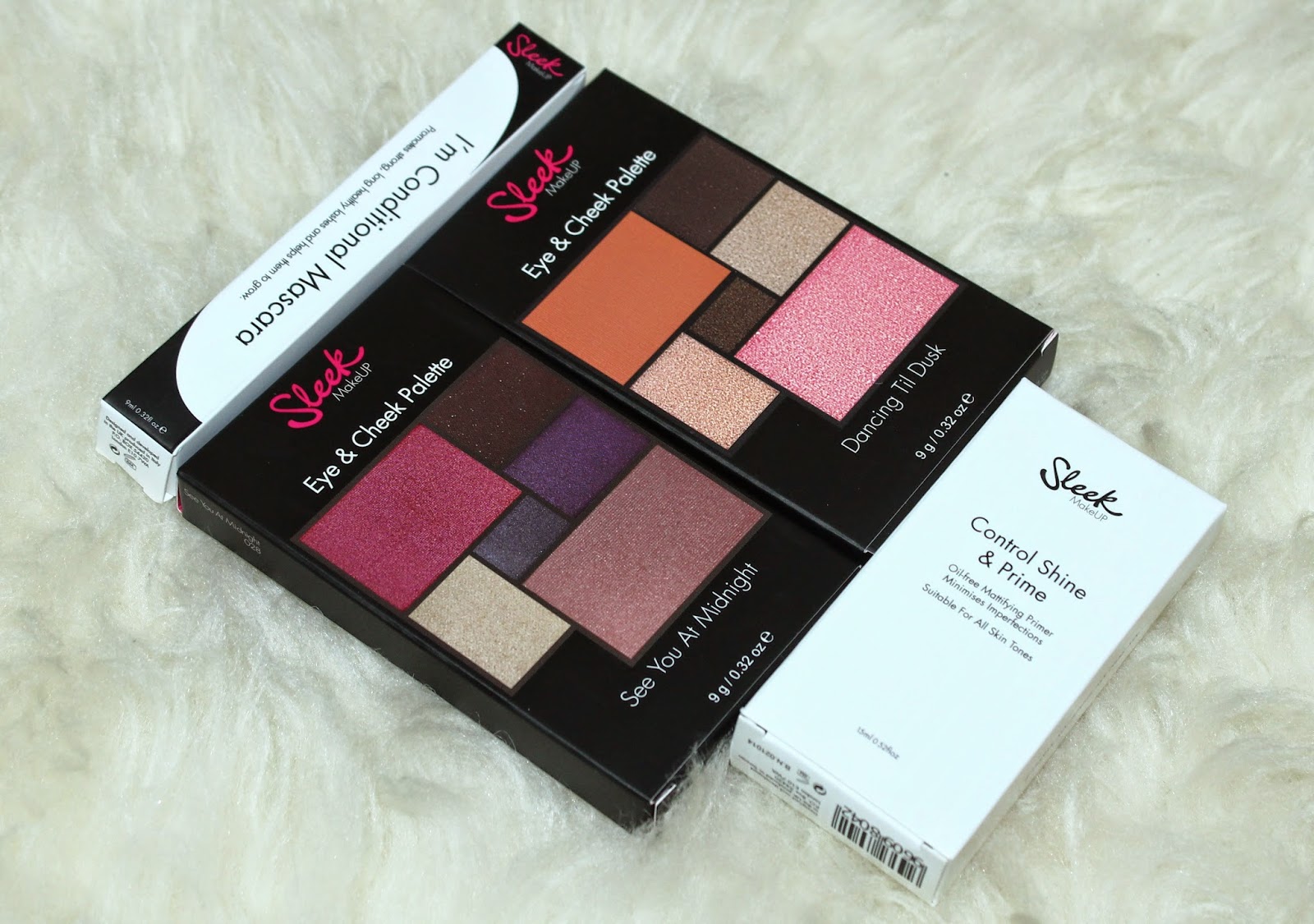 Sleek have been releasing new products which is pleasing to see I managed to review just a few of the new items.

First up I have the Sleek I'm Conditional Mascara firstly I love the name of the mascara its based around the purpose of this mascara which is designed to condition and strengthen to promote healthy lashes. It also claims to lengthen and volumise lashes I personally found though it lengthened and volumized only to a certain extent before my lashes started clumping, so I prefer to use this daily when I'm wearing minimal makeup rather than when I want full voluminous lashes.

Next up they have released the Sleek Control Shine & Prime primer this is designed to control oily skin and create a flawless base for me however this didn't work so well as I found foundation clung to my dry patches more than ever. This maybe perfect for people who have oily skin rather than combination skin like I have.

Finally I have also reviewed the Sleek Eye & Cheek Palettes -


See You at Midnight combine’s deep blue and pearlescent purple eyeshadows from our Romance i-Divine Palette. Along with Blush in Pomegranate, a golden berry hue and Antique a shimmery dusky rose, for a captivating look.
Dancing Till Dusk includes velvety browns and shimmering fawns from our Au Naturel i-Divine palette. With radiant Blush shades Mirrored Pink, an iridescent soft pink and Sahara, a matte, dark coral, for a sophisticated finish
These were the products I've been looking forward to ever since seeing them on their Instagram. They come with four eyeshadows and two blushes, there is only these two palettes available. 'See You At Midnight' is based more around pinks whereas 'Dancing Til Dusk' is more of a neutrals/browns based palette. I found the texture of the eyeshadows is much different to their normal eyeshadow palettes but pretty easy to work with however the matte shade in 'Dancing Til Dusk' didn't want to work so well for me when I finger-swatched however I'm guessing it will show up a little better when applied with a brush over a primer. I also found the blushers were less pigmented compared to their full size blushers but I don't mind as they still pick up very well with a brush and once applied the pigmentation is just right.

Overall I love the idea of the Eye & Cheek Palettes and I think its something I'd like to see more of from other brands in all honesty. They are great for when you need to pack to go away as it means carrying less, I am however on the fence about the mascara, I have to admit though I like using it knowing it conditions my lashes which is a plus point but the primer is something that just really didn't work for me, if you've tried the primer I'd love to know your thoughts about it.