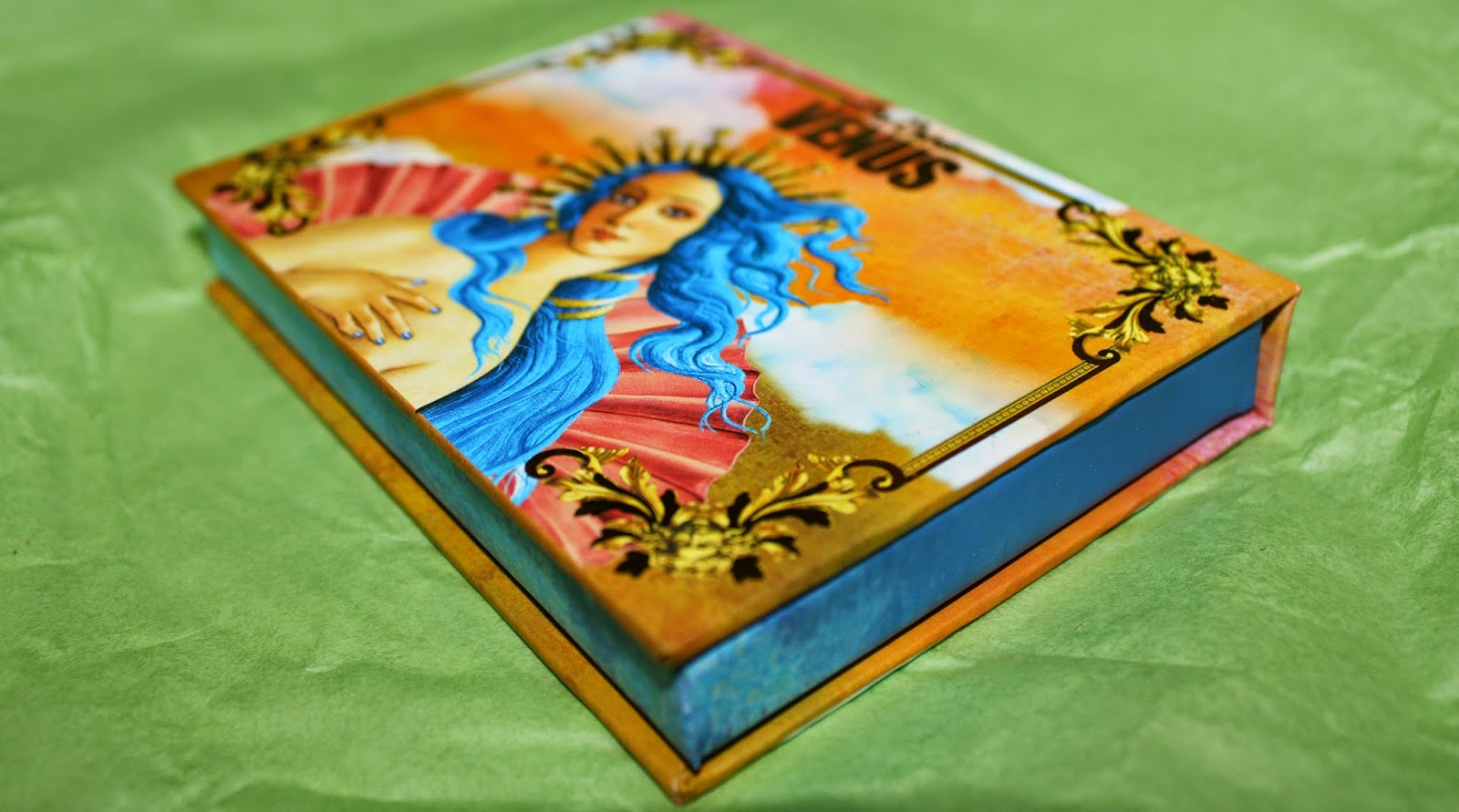 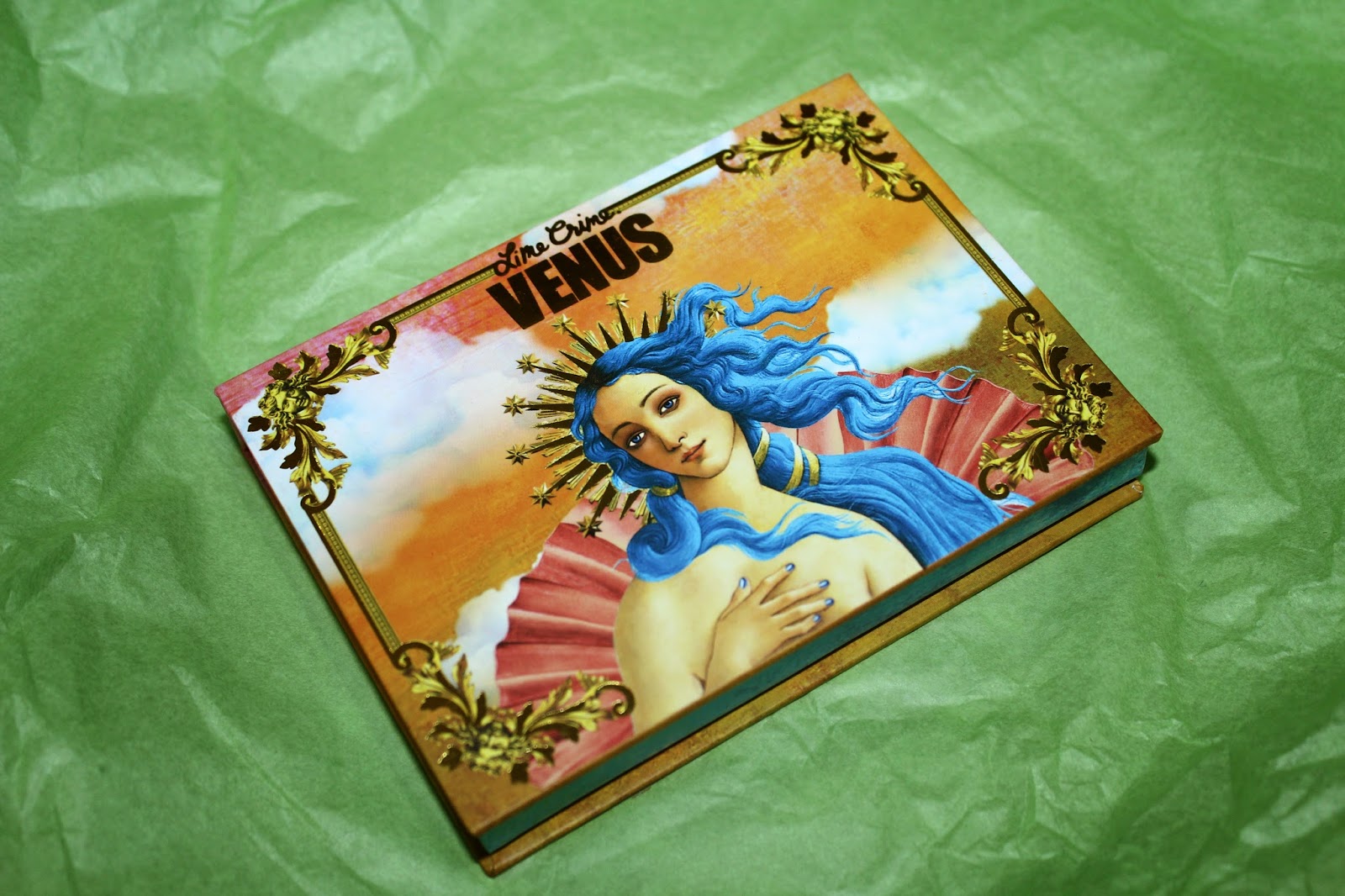 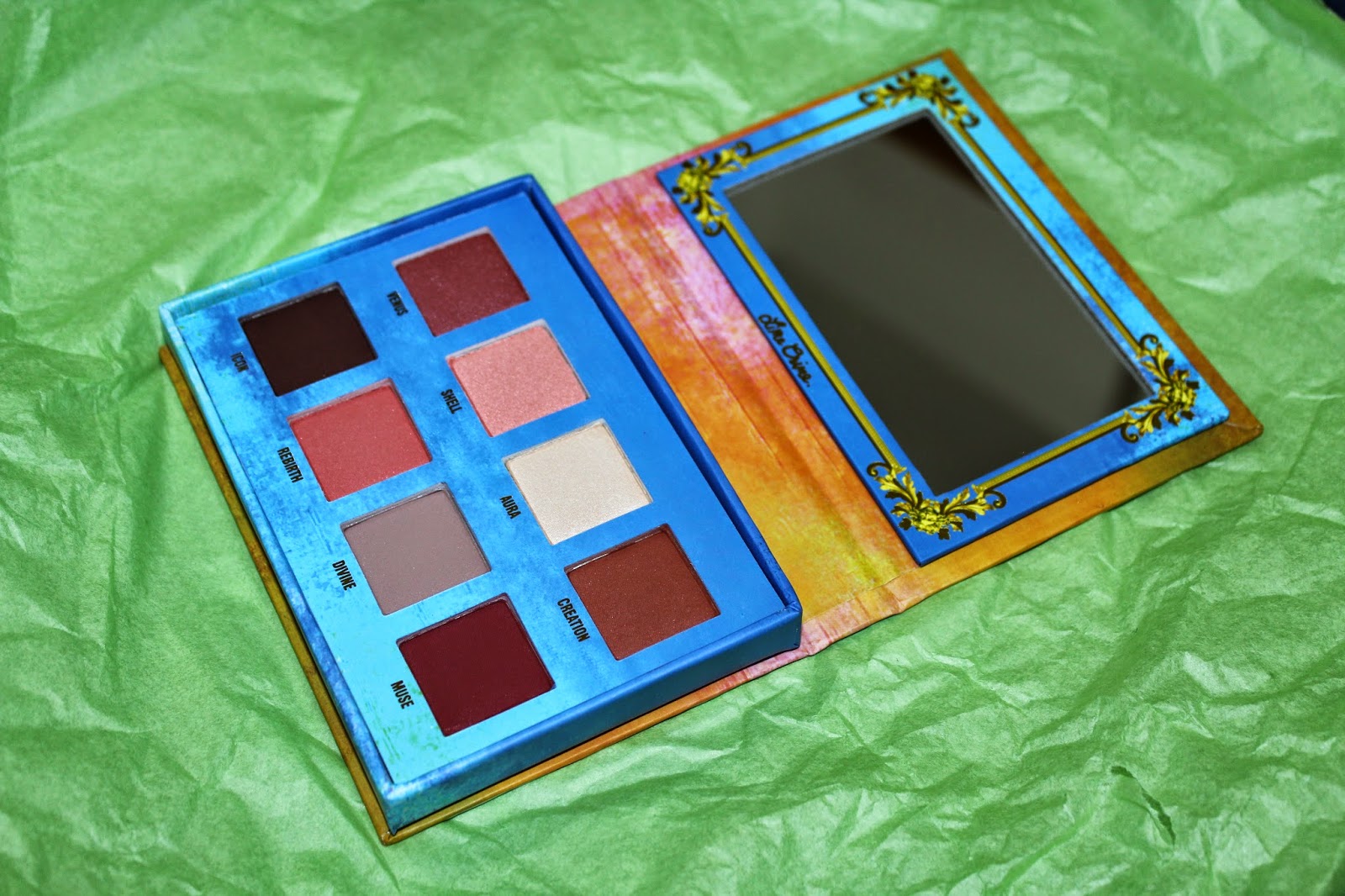 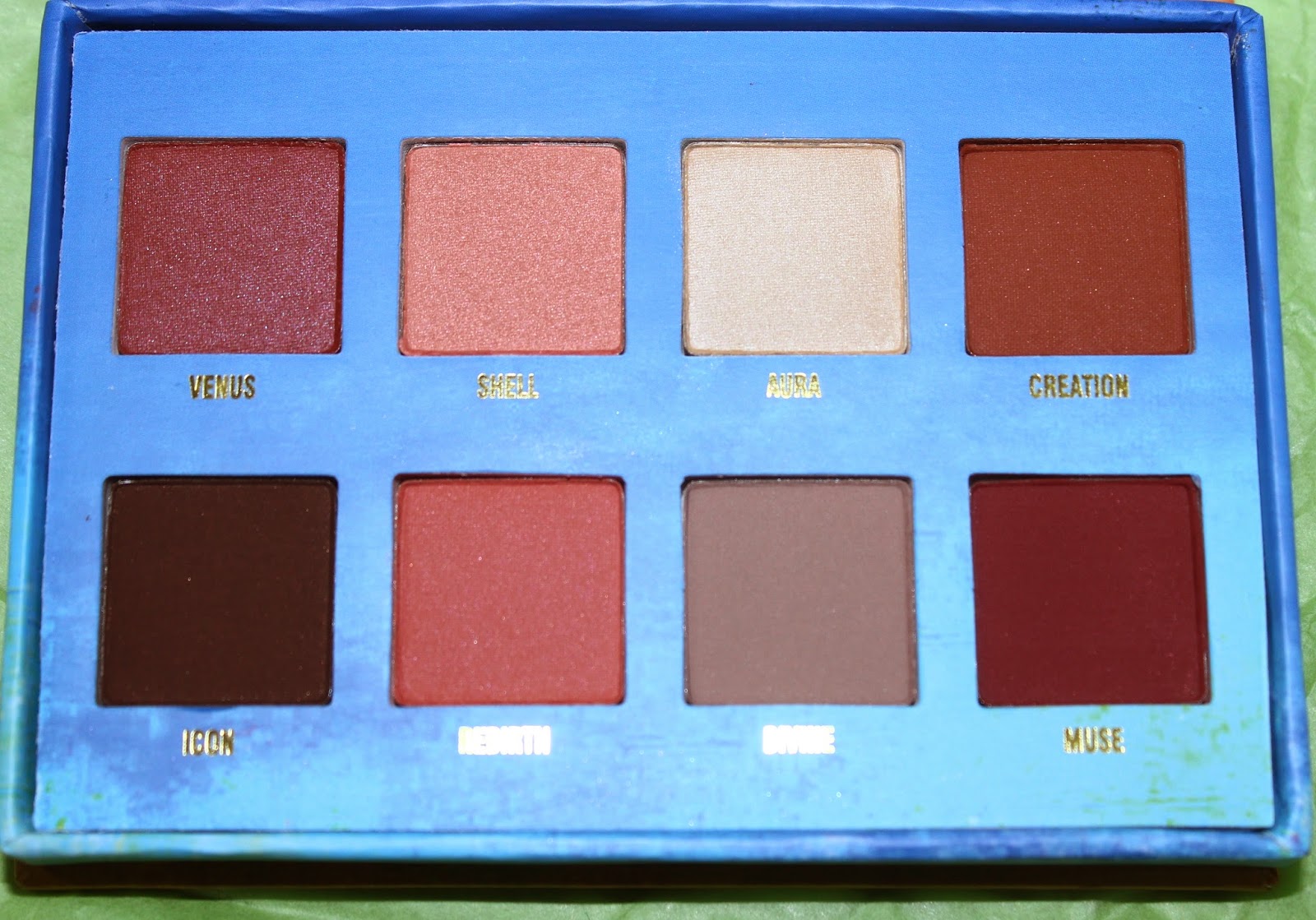 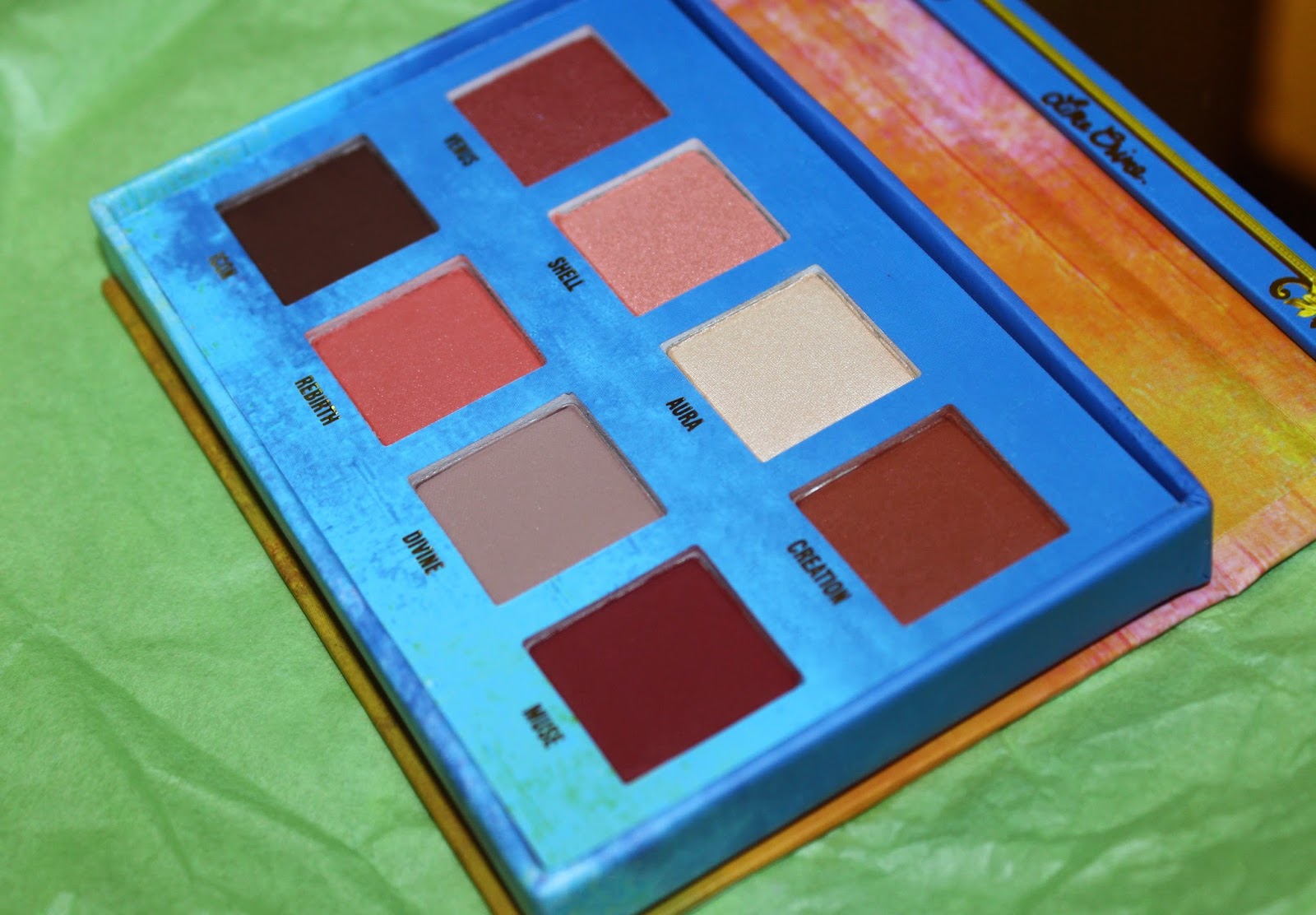 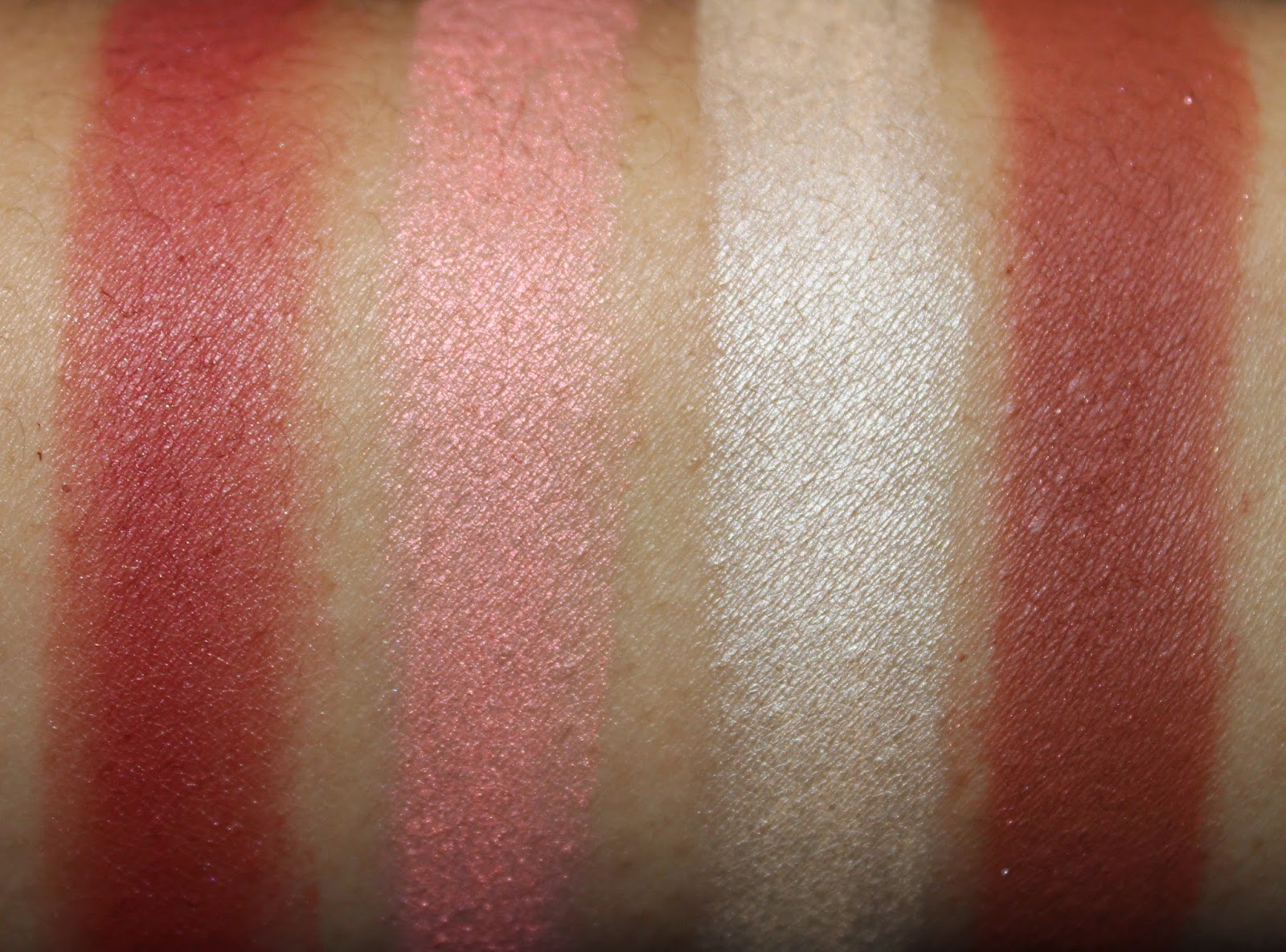 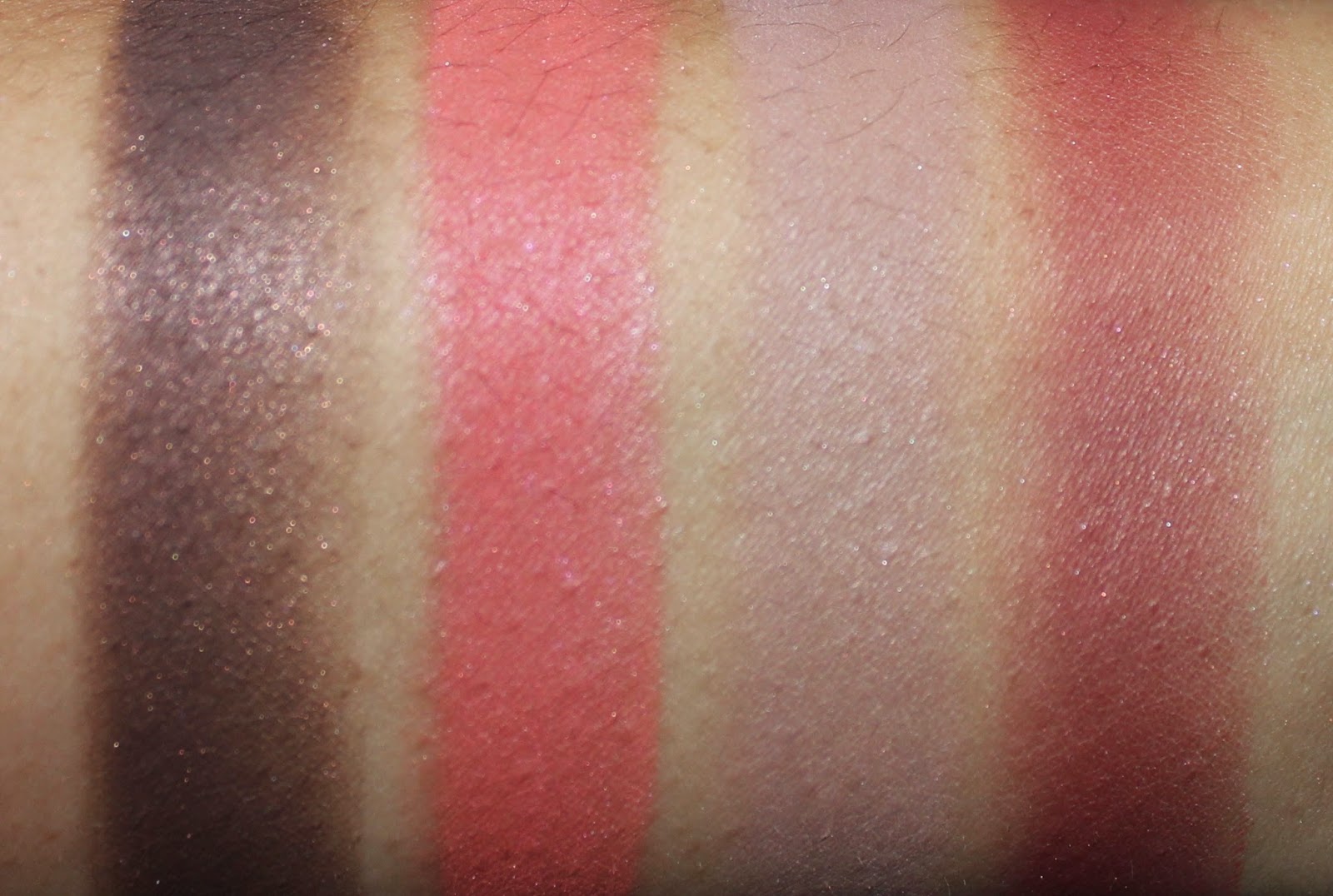 Another new release and something dry different released recently by Lime Crime, now they already have four palettes but this one has been released on a whole different level to what they have previously available.

This is the Lime Crime Venus palette which I bought from Cocktail Cosmetics just last week but now seems to be sold out. The idea behind this palette is a whole load of grunge kind of shades. I have to point out the texture of these eyeshadows is very different to what their other palettes.

The packaging is pretty sturdy kind of card box packaging, a bit bulkier than I expected. However the packaging is unique and adds a whole load of personality to this specific palette and the theme. Also added is a decent sized mirror, the only problem is when closing the lid you have to position it in the right place for the mirror section of the top lid to fit in place with the base of the palette.

Finally the eyeshadows, I was rather impressed although these aren't the same texture as the other Lime Crime palette's they are still very buttery soft. The one shade I was really excited about was the last one 'Muse' this is the only shade that didn't pick up as well as the rest, don't get me wrong it picks up well but not as well as the others which means the pigmentation isn't a 100% of how it is in the pan. Over than this the shades in this palette are great I would probably incorporate one or two eyeshadows per look with other eyeshadows although I have managed to create a full look using this palette and would probably be able to create many more with the colours available in this palette. This palette retails at £35.00 which I thought was a bit overpriced and not far off the price tags a Urban Decay palette retails at with many more shades available.


Here's a quick look I managed to create using this palette: 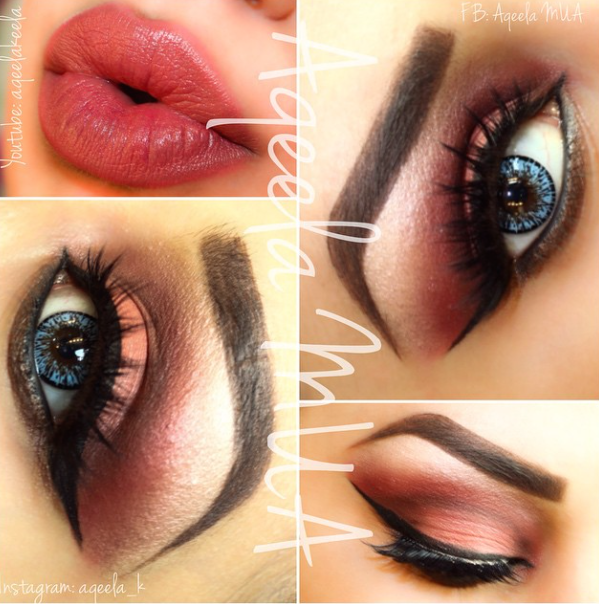 Don't forget you can now advertise on my blog click *here* for more details.