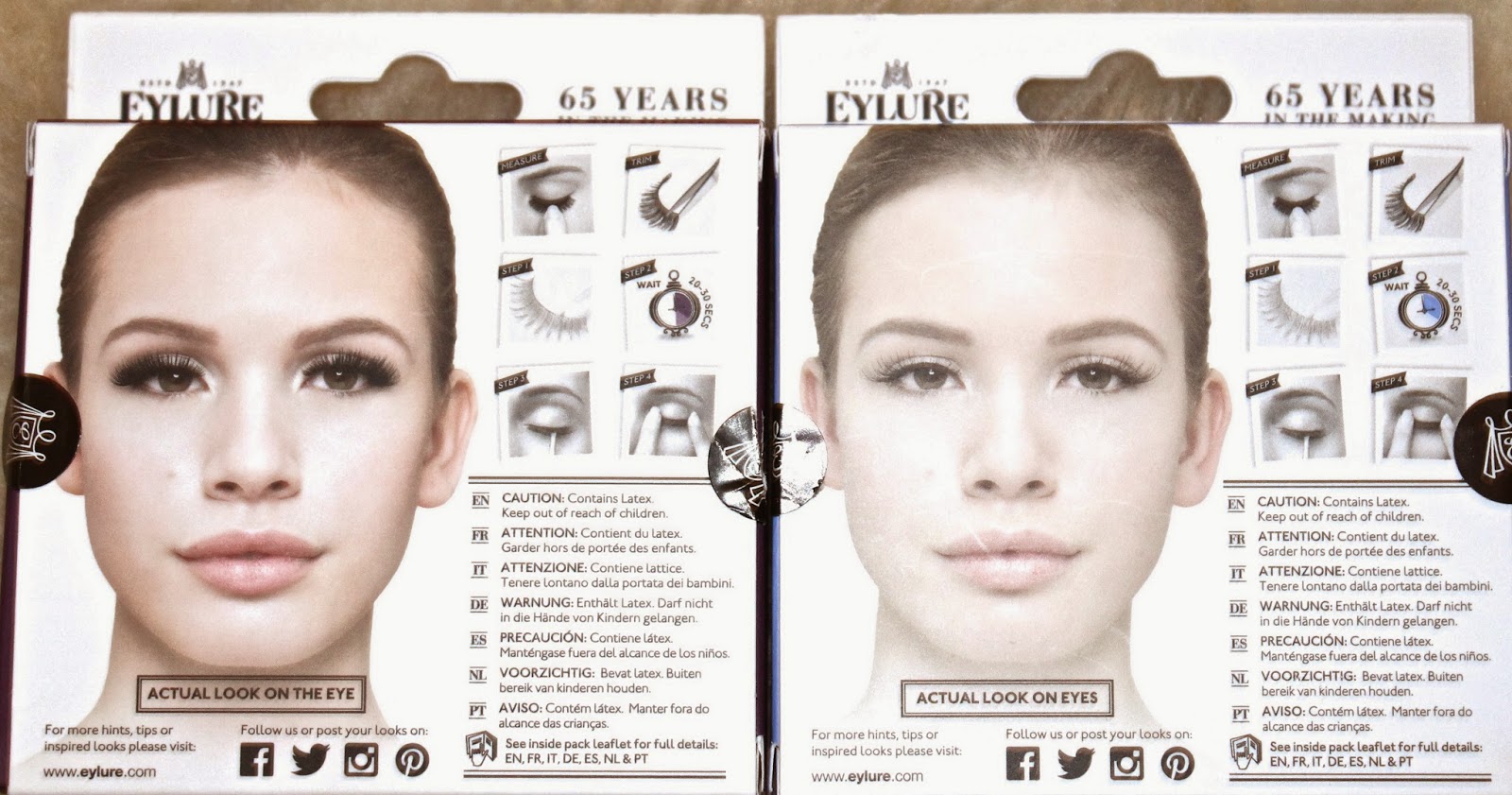 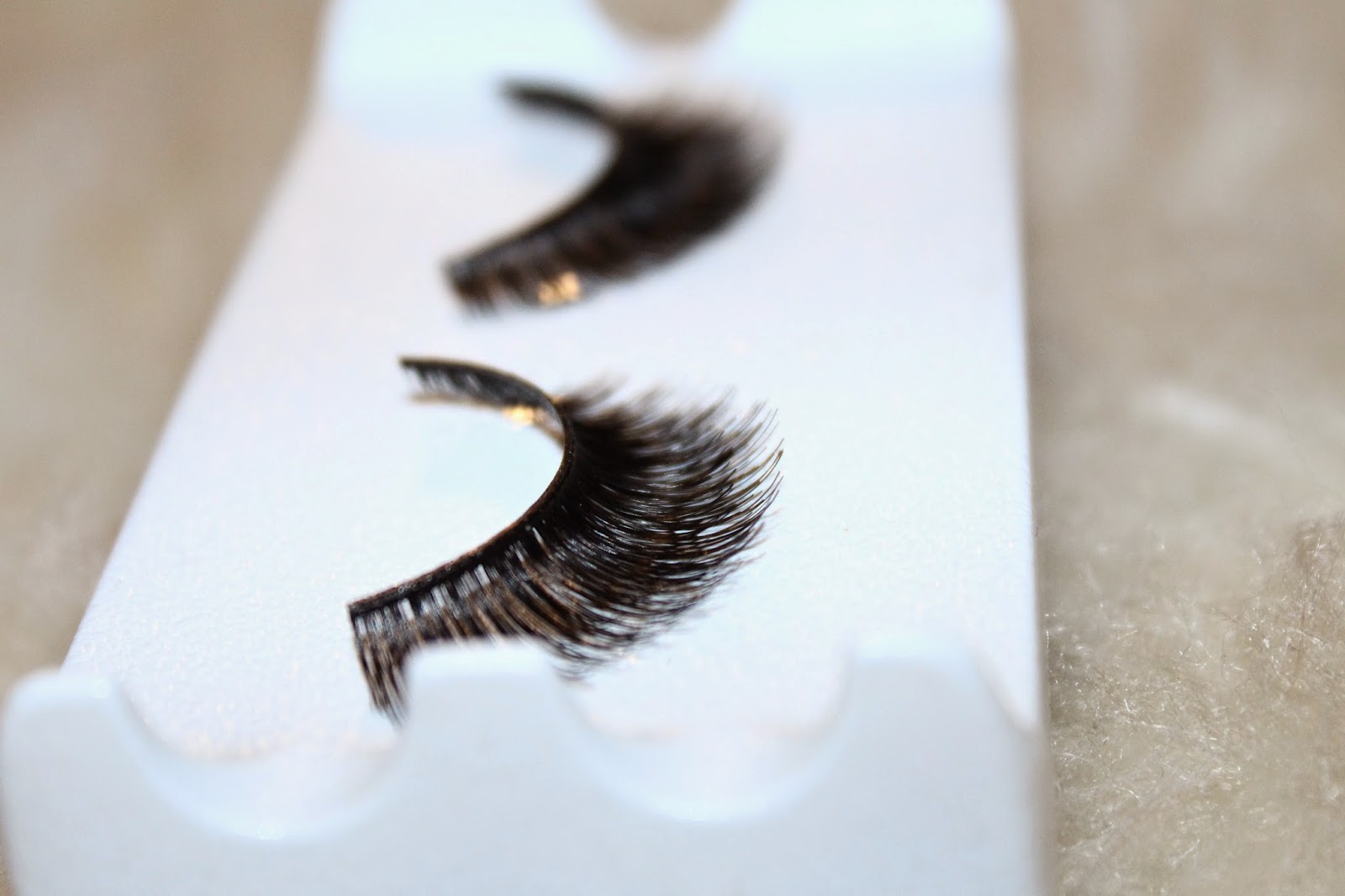 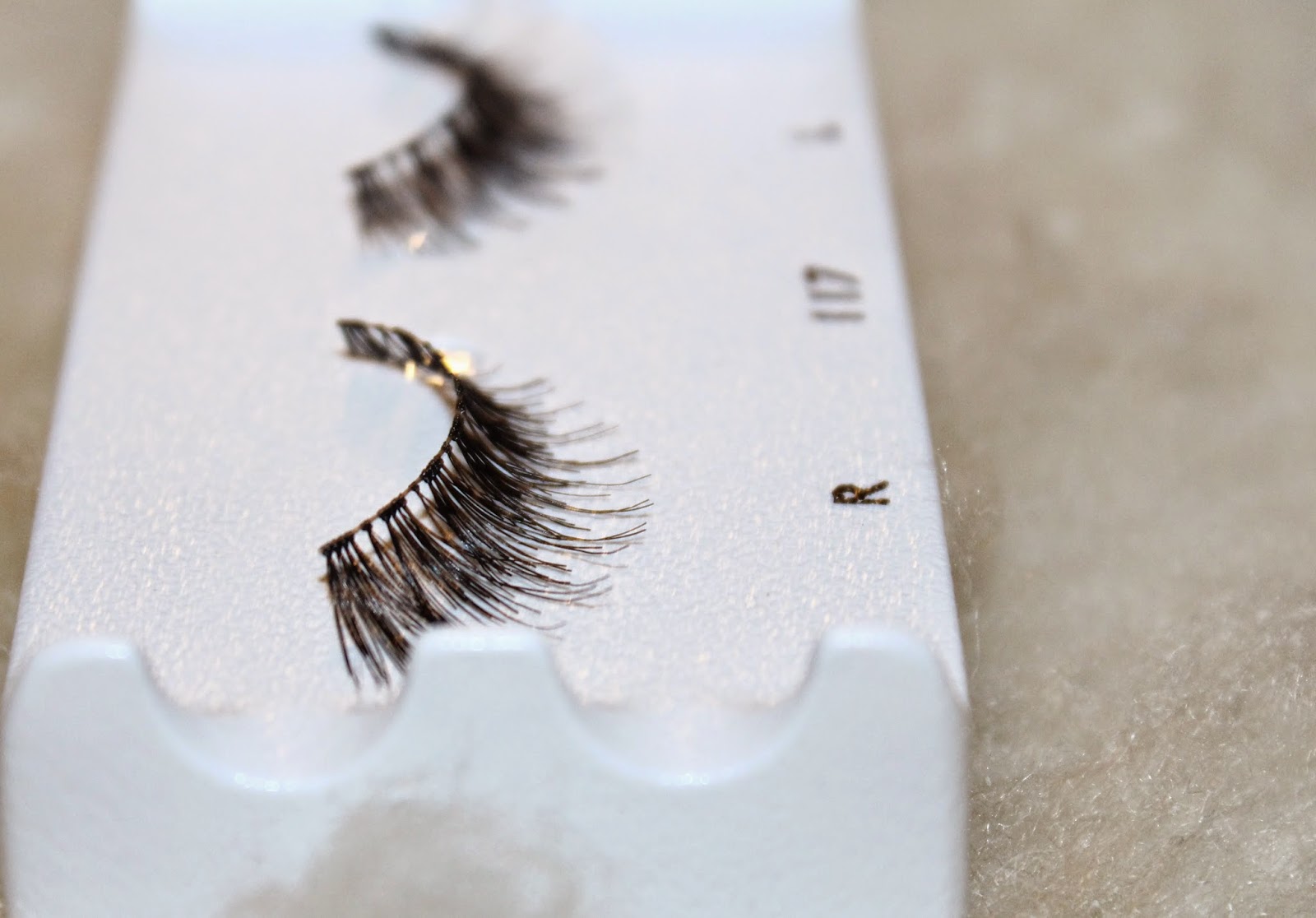 Eylure is a brand I have used for years! There lashes were my 'go to's' well recently they've gone all out and changed the whole look of the brand not only that but they have also widen their range with lots of news products!

First the packaging I personally loved their old style packaging, however the new packaging is now colour coded, the lashes are categorised by style and now feature an image on the back to show you how the lashes would look on your eyes. I quite like how they have colour coded and categorised I also love the the demo diagrams on the back however I feel the packaging holding the lashes inside could have been halved, there seems to be nearly the same amount of space of the lashes case free which comes with cardboard to stop the case moving about, I'm not sure why they've left so much space, there isn't enough space to add to lash cases in one box either so it seemed a bit strange. On the whole however I quite like the idea of what they've done. I have two pairs from two different styles, the lashes however I can't fault, you can see what they look like on in the pictures below.

Now they've also released a Brow Nourishing Oil which I was quite excited to try, here's their description about it:


Give your brows some TLC with the Brow Nourishing Oil. Enriched with Rosemary Oil to promote healthy hair growth, it conditions and nourishes and is a perfect night treatment.

I have to admit just after using this for a week I noticed my brows had grown back healthier but seem to be a touch more fuller too. I use this on a night with the rollerball applicator which hands down is the best thing they could have added as the applicator! It rolls on pretty easy, sinks in well and dries away leaving brows almost matte but eel nourished. I have to say the brow oil has a oil-like scent with a hint of mint but once on it wears away so nothing too annoying. Seen as though I am pretty impressed with this I definitely want to try more of their products, I do however think they should create something similar but for the lashes as I know that will sell like hot cakes!


*
Don't forget you can now advertise on my blog click *here* for more details.