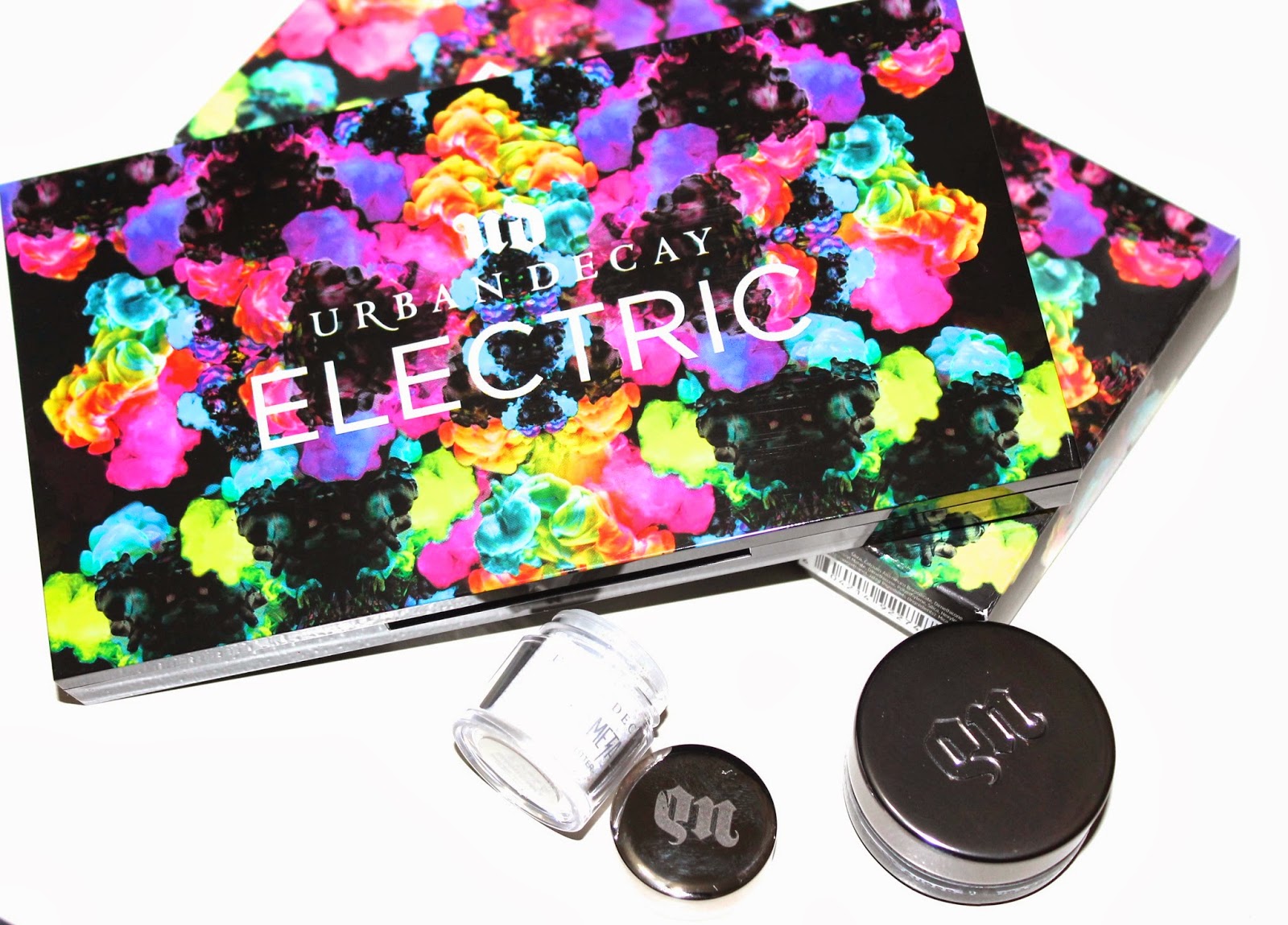 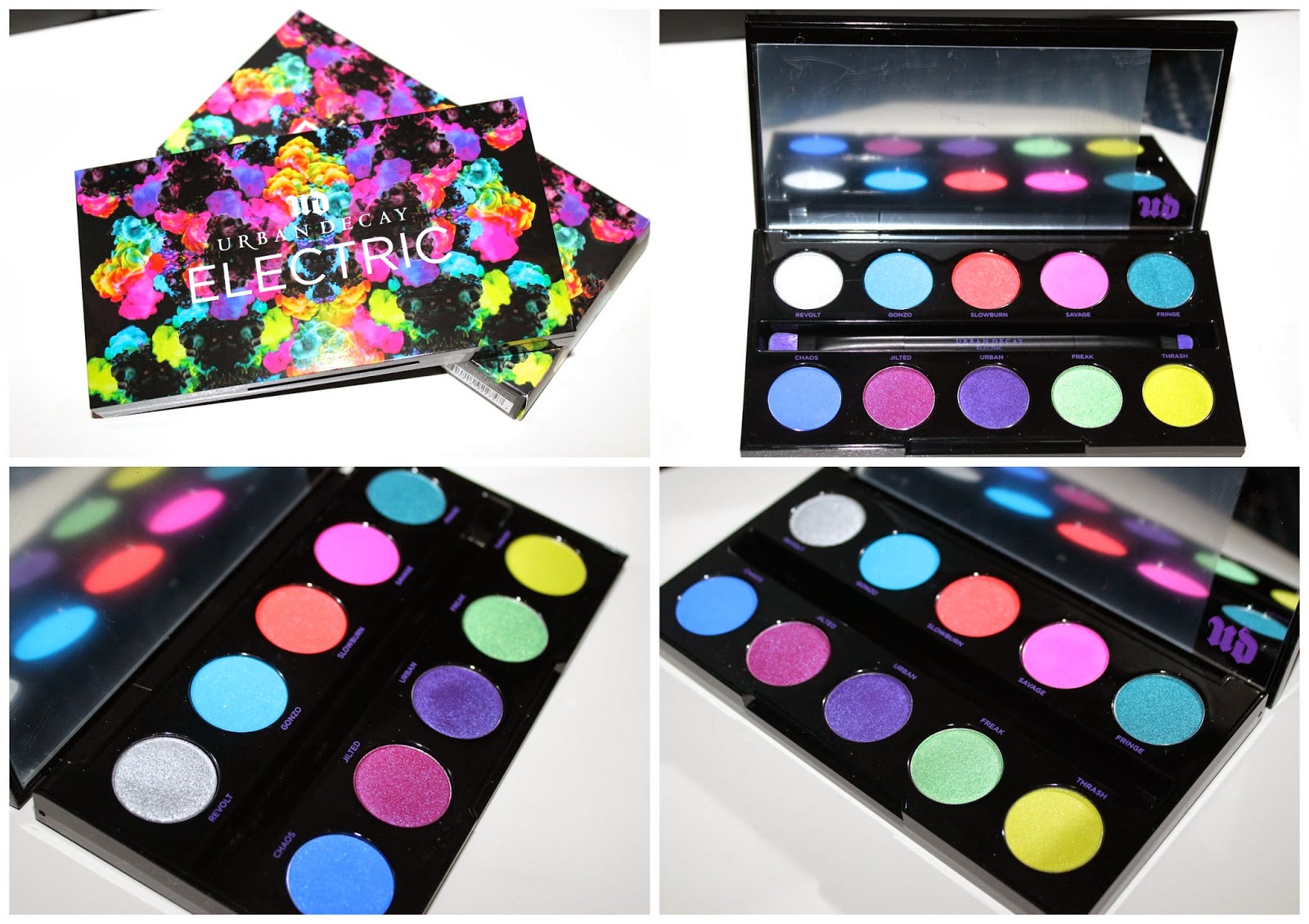 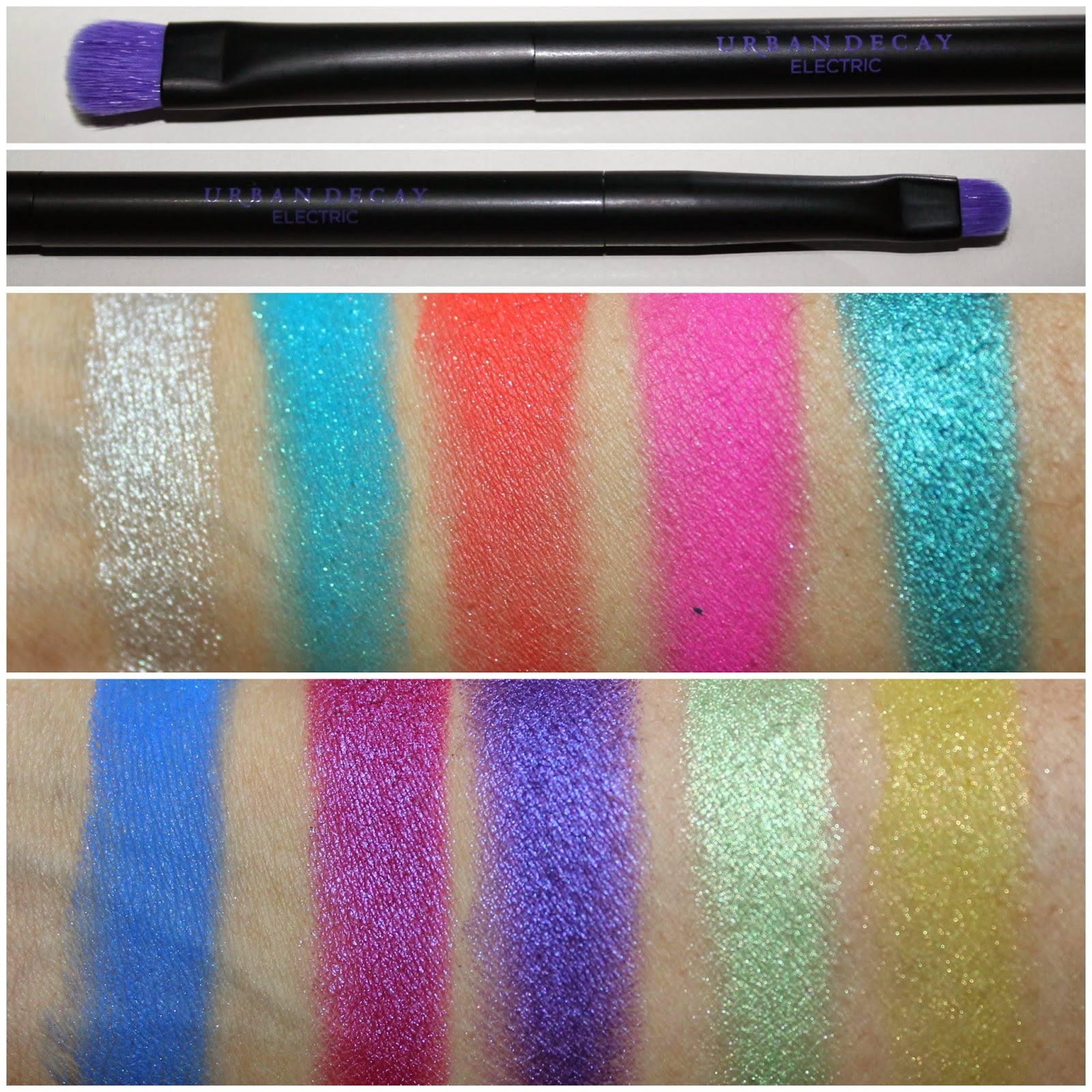 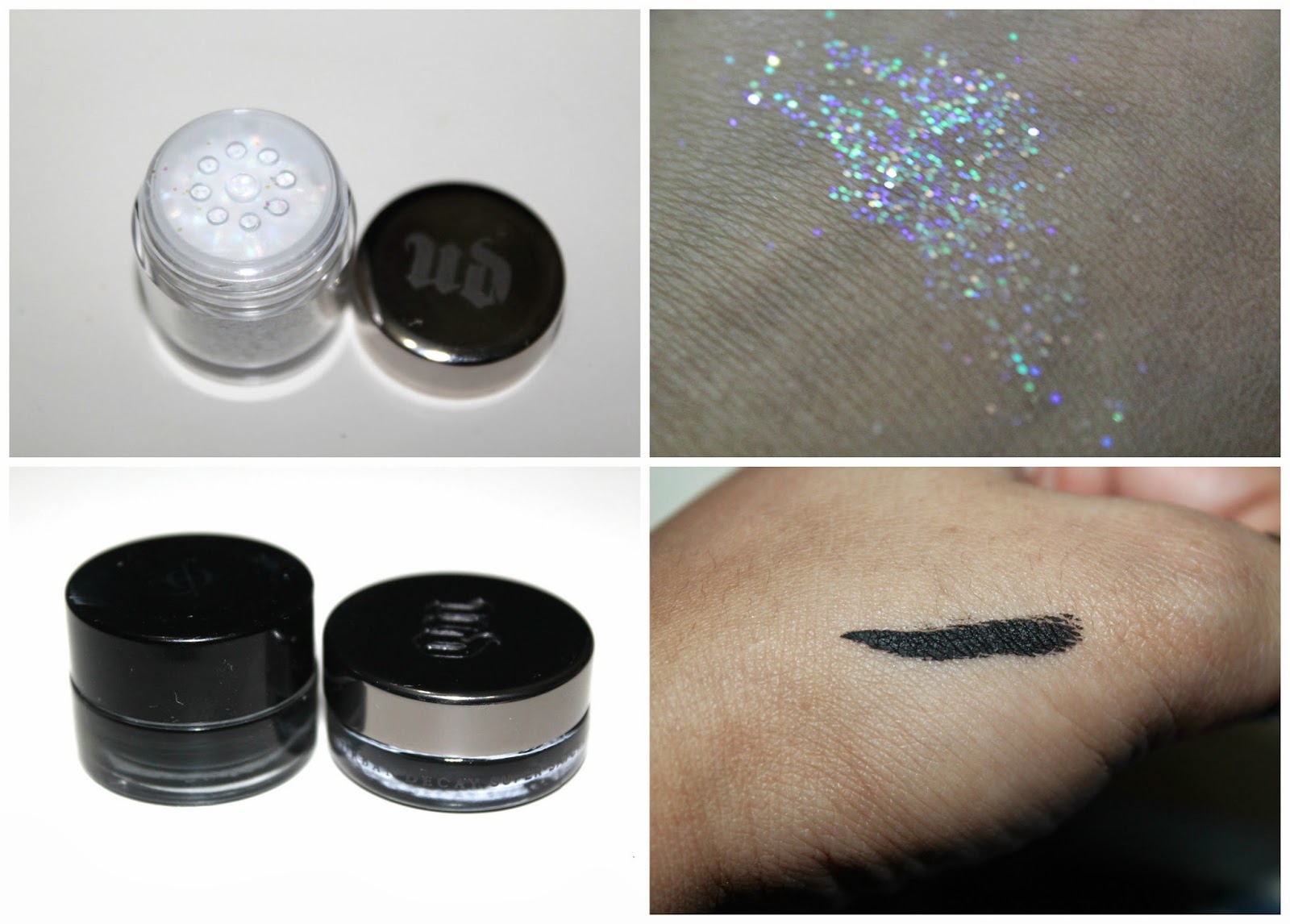 Since the Clinique Cheek Pops this was one of the collections I was most excited about. A few weeks ago when I saw the Electric Palette I knew I had to have it, that palette is me all over!!! The release for these products was meant to be 1st April but when I heard my local shopping centre Whiterose released these early (27th March) I was straight down there, I also had my eyes on the Perversion Gel Liner and the Heavy Metal Glitters.

So as soon as hubby left work we was on our way down there, there was however no testers for the glitters so I initially went with the one as the glitter particles are bigger than usual, bigger than the Heavy Metal Liners. They have also released a glue for these glitters it comes in a mascara-like packaging and has the consistency of a eyelash glue, I decided not to go for that as I have too many glitter setting glues but I may just pick it up. The Heavy Metal Glitters retail at £10.00 each.

I tried out the Perversion Gel Liner which really has a blackest of black finish, this is a cream liner and not a gel liner but has the same consistency as Illamasqua's Infinity Gel Liner. Once dried it is matte, it is also claimed to be waterproof which I can stand by as I had the swatch on my hand for 5 hours and it did not budge! This retails at £16.00.

Finally the Electric palette, one word ... wow! I am seriously blown away by this the pigmentation is crazy! From online pics and swatches I thought Thrash (lime green second row last one) was a yellow shade but it is actually not, this also probably is the lightest shade in the palette. All the eyeshadows have a shimmery finish. These have all been made up of pressed pigments as Urban Decay wanted the pigmentation to be at its best, I didn't find any of the shades chalky and they blend very easily. I know this palette won't be everyones cup of tea but as neons are going to be big this S/S it worth having a play with, you can also mix one bright shade from this palette with some shades of the Naked palettes to give you some balance. This palette cost me £38.00, I was going to create a look but I wanted to wait until my mind was fresh with ideas because at the time I was having a play with this palette my brain had a colourful explosion going on in there.

I will be creating lots of looks using the products I bought so make sure you are following me on Instagram @aqeela_k to see how I get on with them. I may just do a post when I have created a few looks.
Don't forget you can now advertise on my blog click *here* for more details
Posted by Aqeela