The lovely Grace left me a message on Twitter informing me of the '100 days spending ban' as I've mentioned many times on Twitter and my blog I have a spending problem, the route of it is depression. Lots of ladies are taking part I've chosen to do 60 days rather than 100 simply because I want it to be realistic according to me. So my ban is from 01/01/13 - 01/03/13.

Same as Grace I'm not doing the ban because I need to save or anything but it's simply for will power and to gain the self control back which I used to have. Any posts you do see on items/hauls are what I have bought before the ban there is loads so please don't think I'm cheating but I really did go crazy in the last 4 months.

I basically can't/won't buy anything which is not a need, practically no make up unless its something I use daily and actually NEED to buy more I.e. if it has ran out. Anything what is not a need I can't buy. I will however have to make the exception hubby has had a shopping spree planned and that's stuff he will buy me with his own money, I also have been building my Debenhams points which I may use as a part of this shopping spree I will however try not to but if I do it's simply because the points are there and I've been building them up for a while same with boots points. The other exception will have to be a valentines day gift for hubby.

Motivation - So while the ban is on I'm going to leave my money to build up anything I see that I want will go straight on to my wish list to be bought once the ban is over.

Wish me luck and if I break the ban I promise to be honest and add the days on to the end, if I break the ban and lie I'd be lying to myself more than anyone. If anyone wants to join in just type your post up and let Grace know, there is other ladies taking part too, here's the link to Grace's post where you can see more info and the other ladies that are taking part, you can follow Grace on Twitter @allthatslap. There will also be a chat on Thursdays at 8pm UK time if you want to join or even if you need the encouragement xx 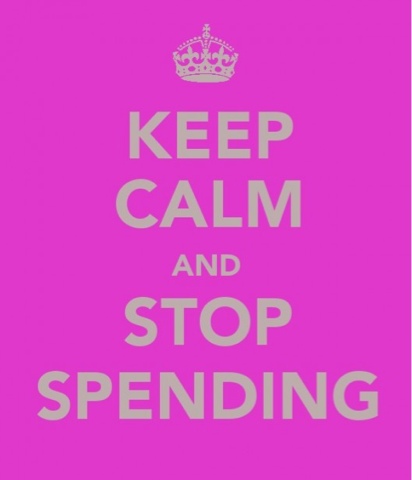